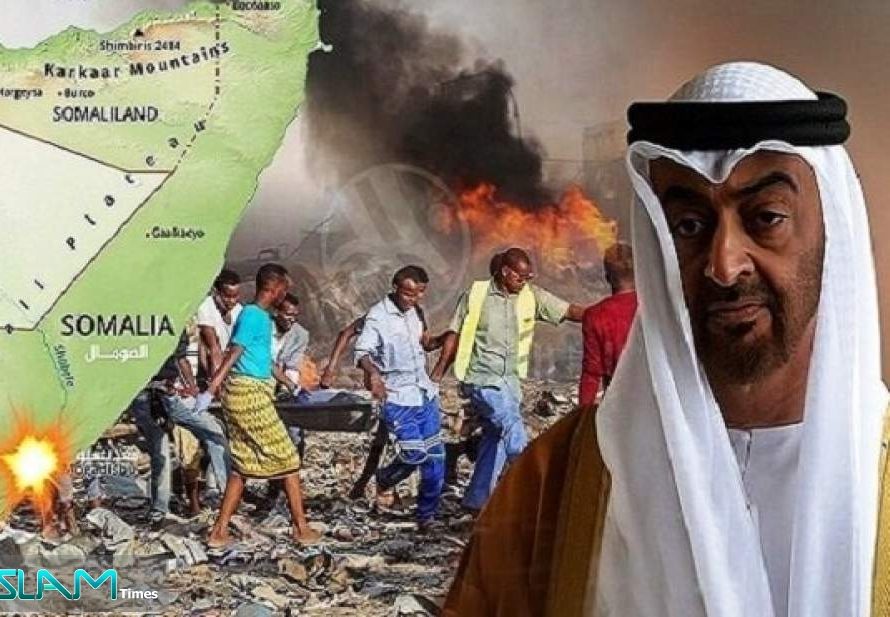 During the blockade on Doha, Mogadishu’s president was reportedly offered $80 million to sever diplomatic ties with the Gulf state.

Disinformation experts have detected a Somali sock puppet network spreading both anti-Qatar and anti-Turkey propaganda on various social platforms, in yet another online campaign carrying remnants from the latest GCC crisis.

The network was exposed on Wednesday through a Twitter thread by Dr. Marc Owen Jones, an assistant professor of Middle East Studies at Hamad bin Khalifa University (HBKU) in Doha, who specialises in disinformation on social media.

“I have detected a Somalia-focused sock puppet network spreading pro-UAE, anti-Qatar and anti-Turkish propaganda on Twitter and Reddit. However, their main efforts are [concentrated on] criticising Somalia’s President [Mohamed Abdullahi] Farmajo, and supporting Prime Minister Roble”, wrote Dr. Jones in the Twitter thread.

The social media expert found that the network contained 30 to 40 sock puppet accounts, a term given to fake online profiles created for the sole purpose of deception.

Some of the accounts also pre-blocked Dr. Jones despite him not following them, most likely due to his background in online disinformation.

After analysing up to 3,500 tweets, the professor found that the accounts had been posting propaganda against Somali President Abdullahi Farmaajo, in addition to the disinformation about Qatar and Turkey, as far back as April 2020.

Most of the handles on Twitter, Reddit and Facebook had displayed pictures of young women that fall within either of the two millennial or gen-z generations.
“They all use Twitter Web App, and tweet in Somali, English or Arabic”, explained Dr. Jones, noting that the accounts would often post trivial content that is unrelated to their political posts to further deceive those who come across their profiles.

A graph posted by Dr. Jones showed that the network initially focused on criticising Qatar and Turkey’s role in Somalia, shifting later to publishing anti-Farmaajo content.

“The network here is clearly aligned with trying to undermine Farmaajo and attack the Qatar/Turkey relationship with Somalia. The general discourse is that Farmaajo is corrupt, incompetent, disruptive and dishonest while Turkey supports terrorism or wishes to control Somalia”, noted Dr. Jones.

Somalia’s stance during the 2017 GCC crisis

At the time, Saudi Arabia, the UAE, Bahrain and Egypt imposed an illegal air, land and sea blockade on Qatar based on unsubstantiated claims that Doha supported terrorism. Claims Qatar has always vehemently denied.

According to Dr. Jones, the latest campaign is no different than others that rose during the regional diplomatic strife, with posts that appeared to reflect the UAE’s foreign policy.

“What is the goal of the network? Well based on a report by Crisis Group on ‘Somalia and the Gulf Crisis’, there was pressure on the Somali government to choose sides, Qatar/Turkey or UAE and co.”, said Dr. Jones.

Twitter has already suspended at least 16 accounts affiliated with the network over the past three days and several others in late 2021 during the parliamentary elections.

“However, half of the network are still active. Interestingly, 20 of the accounts were easy to find because they blocked me. I had never interacted with them. I also suspected others that hadn’t blocked me, many of these were later suspended – thus confirming my suspicions”, said Dr. Jones.

During the blockade, several countries outside of the GCC whose foreign policies are heavily influenced by particular Gulf nations, joined in severing diplomatic ties with Doha. These included Yemen, Mauritania, Comoros and the Maldives.

Previous reports stated that Somalia’s president was offered $80 million at the beginning of the dispute by one of the former blockading countries to sever ties with Qatar, but the bribe attempt failed as Farmaajo rejected the offer.

In the Horn of Africa, Farmaajo’s government has long accused the UAE of interfering in its domestic affairs and funding its rivals, namely Ethiopia.

Gulf nations have been vying for influence in Mogadishu, with Abu Dhabi being accused of supporting militant groups in Somalia in bid to destabilise the country. They have also been seeking to take control over Somalia’s maritime ports, due to the East African country’s proximity to the Gulf and its centrality to Red Sea security and key maritime trading routes.

In 2019, the New York Times (NYT) claimed that it had obtained a recording between Qatar’s ambassador to Somalia, Khalifa Kayed Al-Muhannadi, in which he allegedly admitted that militants carried out a bombing in Bosaso in order to “advance” its interests by forcing out the UAE.

The report was rejected by Qatar’s government at the time, reiterating that Doha’s “foreign policy has always been one of creating stability and prosperity”.

“We do not meddle in the internal affairs of sovereign countries. Anybody doing so is not acting on behalf of our government. In Somalia, the UAE has pursued a foreign policy that seeks to manipulate and control in exchange for financial support”, read a statement released by Qatar’s Government Communications Office (GCO) on 22 July, 2019.

The GCO also requested the recording from NYT at the time, but the request was never granted.

It was also said that Al-Muhannadi “does not represent [Qatar]”, and that he “had no right to comment on behalf of the government”.

“Our relationship with Somalia is built on mutual respect and shared interests. We hope for the best for its government and its people. Our support to them will continue until stability is maintained,” added the GCO’s statement.

Qatar’s mediating role in the Horn of Africa was demonstrated in May last year, when its successful efforts led to the resumption of diplomatic ties between Somalia and Kenya.

Somalia’s woes under regional and international tutelage disguised as “help”