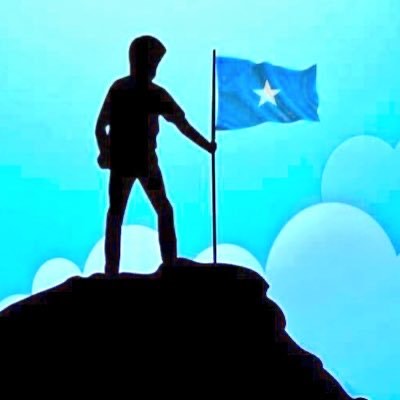 In one Thursday afternoon inside the hallways of the building where the Somali Cabinet convenes its meetings, there was this elderly man with whom I had a chat, he said to me: “The 1991 collapse of the Somali State was not by accident; it was a well-coordinated and choreographed plan, and the instigator isnot done yet.”

Clearly the wisdom above rings true as we continue to witness the unfolding of a multi-layered strategy to subvert the Somali nation. We can piece it together: it all started with the introduction of mercenaries to incite clan factions to form insurgencies; aiding insurgency to topple the Somali Republic; create power vacuum; initiate active subversion of the culture and social fabric of the Somali people.

Then precipitate a cycle of crises, empower oppressors to frighten and demoralize an already devastated public and establish a total anarchy over them.

Initiate a new chapter; call it ‘normalization’ by bringing in more mercenaries under the name United Nations Support Mission with one assignment – to oversee chaos and further disintegrate Somalia into anarchical clan enclaves.

With no one to challenge them, the mercenaries continued todominate the Somali discourse by blatantly violating the sovereignty, territorial integrity, and political independence of the Somali Nation to an extent where head of UNSOM briefs the UNSC about Somalia making him the de facto government of Somalia.

Then came the night that was January 8TH 2022 – A night that marked end of an era and the beginning of a new one. On that night keynote speakers Hon. Farah Maalim, Senior Counsel Ahmed-Nasir, Prof. Abduwahaab and the esteemed Sheikh Abdi Hersi virtaully addressed an elated audience that surpassed 3.5K on Twitter Space.

The event dealt a final blow to the already dying mercenaries housed in Halane Compound, an end to their strangulation ofour country Somalia; and secondly and more importantly it broke the silence of an already energized modern day freedom fighters from the Somali people, in and outside the country.

On that Saturday night, dated as 08.01.2022, and after forty-two years of active subversion, a final torch was lit to the mercenaries’ evil activities thus bringing an end to an era characterized by intimidation of the Somali nation by the so-called international community.

Advice from that night – Jan 8th 221- Overcome fear and develop unflinching attitude toward ending imperialism2- Rise above tribal/clan mentality and embrace high ideals of pluralism 3- Practice telling the truth to one another as bitter as it may sound 4- Generate self-confidence both at individual level as a Somali person and communal level5- Generate courage to actively defend Somalia and its interests 6- Have discipline, obey authority and respect one another 7- Seize the big opportunity to help our Homeland Somalia stand on its feet

Dear Somali Youther allow me to deconstruct the concept of tribe and clan. Tribe is a socially constructed category that specifies the identification of members of a group. So by definition Somali is the tribe meaning all of us are One Tribe called SOMALI. The different family lineages we attribute ourselves to make up groups termed as clans and all these clans descend from one common ancestor – SAMAALE/SOMALI.

Throughout history the oneness of the Somali people was untouchable up until the enemy introduced a toxic divisionism amongst our populations.

Decades of active subversion by the enemy distorted our collective history, and our ability to perceive things correctly. Clanish mentality was stealthily introduced into our social life.

The enemy-induced mentality is basically built on a dangerous principle that says: ‘You cannot do well unless you knock down the other group/clan’ and that is the textbook definition of the term nihilism. These nihilistic attitudes culminate hostile aggression, open prejudice and intolerance. We all witnessed the dark days of intra-clan and inter-clan clashescausing unwanted bodily harm, psychological damage, group bullying, gang rape, mob aggression, riots, rebellions, mass murder and extreme violence unto one another.

Clanism (qabyaalad) begins where rationality ends and rationality begins where clanism ends. That is to say, clannish societies will have no respect for logic and reason because they have suspended common sense and invited stupidity.

It is high time for the Somali people to learn to live together in peace and harmony and shun this divisionism ideology imported by the enemy. We should be ashamed of falling into the same trap over and over again. We can be and do better.

Even though the demise of clanish ideology is imminent, it won’t go away on its own because a fire doesn’t extinguish by itself. Let’s rise above our fears and reach across our divides, reconfigure our minds, see the humanity in each other and unite against enemies that are determined to destroy us all together.

Historically, throughout our nation’s existence formidable foreign adversaries have sought to destroy us altogether and bury our nation. But once in a while there came a generation of strong-willed Somalis who rose to the occasion and saved the day.

It is our turn; to everyone of the post-conflict generation; we must rise to the occasion and take back our country from imperialists who are clearly not done yet. It is literally now or never.

Somalia’s woes under regional and international tutelage disguised as…