Somalia Hopes to Reconstitute its Air Force with Renewed US Partnership 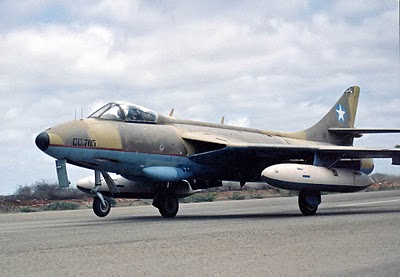 His country’s civil war decimated the Air Force he joined at age 14 and has been part of for over 50 years. Ravaged by the al-Shabab terrorist group, Somalia now has no aircraft to fight back. Instead, the east African nation depends on the U.S. and African Union partners, but the 75-year-old Somali Air Chief hopes that with U.S. Air Force help Somalia can reconstitute what was once the most powerful Air Force in the Horn of Africa.

“The U.S. Air Force is starting now a cooperation. Before, we did not have any cooperation, Mohamud told Air Force Magazine on the sidelines of the African Air Chiefs Symposium in Kigali.

“No aircraft, no pilots, no technicians. We just secure our base,” he added.

Founded in 1954, the Somali Air Force once boasted MiG-17 and MiG-21 fighters. First a war with Ethiopia, which was backed by the Soviet Union, then civil war, led to the dissolution of the Air Force in 1991. Al-Shabab began to threaten the government and populace in the mid-2000s. The Somali Air Force was reconstituted in 2015.

Mohamud said U.S. Air Force manned and unmanned intelligence, surveillance, and reconnaissance (ISR) platforms used the Baledogle Airbase northwest of Mogadishu day and night using their own instruments. The ISR flights were not cooperative in nature but based on access rights.

The counterterrorism ISR missions did not stop when former President Donald J. Trump ordered all American troops out of Somalia by January 2021. The U.S. had been using Baledogle for special forces operations and training of the elite Danab Brigade of Somali National Army commander forces.

U.S. Africa Command declined to comment on questions about intelligence operations and potential future plans with the Somali Air Force, but underscored the U.S. commitment to security in the region.

“Our support to our Somali partners and [the African Union Mission in Somalia] has continued,” AFRICOM spokesperson Navy Lt. Cmdr. Timothy S. Pietrack told Air Force Magazine in a statement. “While we repositioned forces in the region, AFRICOM continued to execute the counterterrorism missions.”

Mohamud affirmed that the ISR missions continued unabated despite the withdrawal of U.S. troops.

“They did not stop, but they reduced the people,” the air chief said. “They stopped the training of special forces, but always they fly.”

Training of the Danab went remote, with Kenya hosting additional U.S. troops and others deployed throughout the region. With trainers flying in from neighboring countries, however, follow-up opportunities were limited.

The soft spoken, gray-haired Somali air chief said he hopes the U.S. will help the Somali Air Force with training, and eventually transport aircraft and helicopters.

“Number one is to train the people, pilots, technicians, air traffic controllers, navigators,” he said. “Then we have to have the machines.”

Mohamud cited transport aircraft as a first step in rehabilitating the Air Force.

“We need the air force to support the land force, to support the government, to assist when disasters happen,” he said. “To secure our airspace and sea.”

Off the coast of Somalia, piracy in the Gulf of Aden reached a fever pitch in 2008-2009, with hijackings along the busy maritime route that sometimes led to violence and often too high-priced ransoms paid out to criminal groups. Patrols by international partners have all but halted piracy, though Mohamud said illegal fishing is a new concern off the coast.

The al-Shabab threat to the population and state security persists.

“Al-Shabab we are fighting still, but we still have not eliminated al-Shabab,” Mohamud said of the ruthless Islamic terrorist organization that has kept the federal government weak. “They use land lines, and they attack our forces everywhere.”

The African Union mission in Somalia known as AMISOM aims to diminish the al-Shabab threat and gradually hand over security in Somalia to indigent forces.

The State Department has provided capacity-building to the so-called AMISOM TCC, or troop-contributing countries, which have included Uganda, Burundi, Djibouti, Kenya, Sierra Leone, and Ethiopia.

Still, Mohamud, dressed in a light blue shirt with navy blue wool beret embroidered with the Somali Air Force logo, and gold encrusted leaves on his shoulders, envisions a day when the Somali Air Force will lead the fight and be part of a joint effort to secure his homeland.

“If you have aircraft, you know how to fight al-Shabab,” he said.

“If you fight al-Shabab by the air and the land, you can eliminate them,” he continued. “We are starting from zero, from scratch. We need everything to grow. So, anything can help us.”