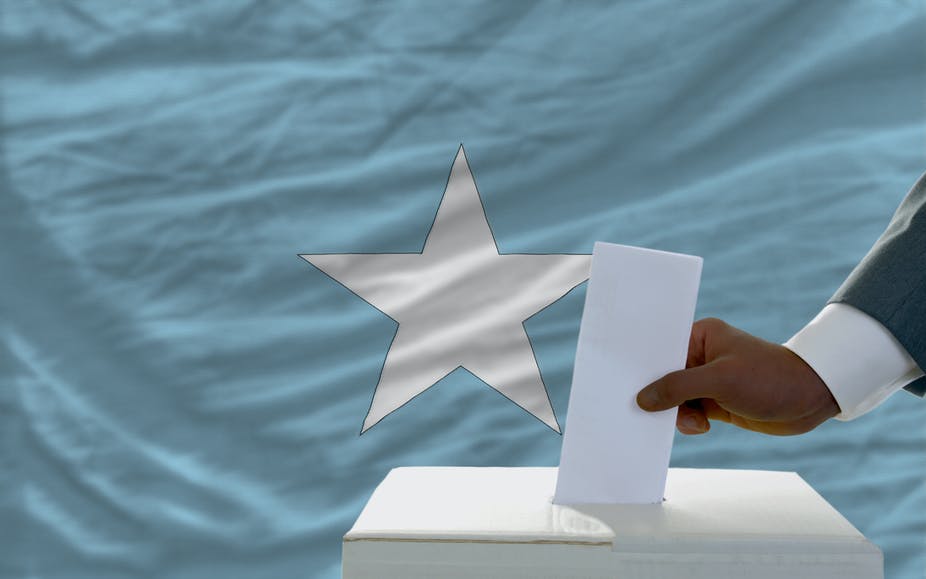 By Dr Mohamed I. Shire

Following a series of setbacks going back more than a year, Somalia is nearly wrapping up parliamentary elections (Lower House) leading to presidential elections. The Horn of Africa country uses a complex indirect model, whereby state legislatures and clan delegates pick lawmakers for the national parliament, who will in turn choose the president. Mohammed Ibrahim Shire unpacks the five things you should know as the civil war wracked nation of 16 million progresses towards a new government in Mogadishu.

Since 2012, Somalia has been recovering slowly from nearly 23 years of civil war. The current indirect electoral college, adopted in 2012, is designed to facilitate a peaceful transfer of power.

The House of the People forms the lower house of the country’s bicameral federal parliament. The upper house, representing the federal member states, forms the Senate. Both houses of parliament then vote for the next president.

Indeed, repeated poll delays have threatened to degenerate into a constitutional crisis. The delays have also stoked political tensions between Somalia’s federal government, federal member states, and the opposition. In addition, they ignited a bitter power struggle between the country’s highest-ranking leaders – notably the president and prime minister – which continues to play out.

President Mohamed Abdullahi Mohamed Farmaajo, in power since 2017, remains in power a year after the official end of his term. In April 2021, parliamentarians – at the behest of the executive – extended Farmaajo’s term for another two years due to the prolonged elections impasse.

As things stand, the election of the 54-member Senate chamber has been completed. Also 170 of the 275 lawmakers have been elected in the House of the People, leaving 105 yet to be elected. The lawmakers are elected in an indirect manner by 101 electoral delegates selected by half a dozen elders and civil society members.

Somaliland recently concluded the election of all 46 seats. But other regions have only partially filled the alloted seats. These are Puntland (15 out of 37), South West (50 out of 69), Jubbaland (23 out of 43), Galmudug (22 out of 37), Hirshabelle (14 out of 38) and Banaadir (none out of 5). With only days left, electing the remaining 105 lawmakers is unlikely to happen.

For months, the UN and Western donors have voiced their frustration over the slow and uneven progress of the electoral process. However, earlier this month, the United States took a step further by announcing a decision to restrict visas to current or former Somali officials believed responsible for “undermining the democratic process in Somalia”. This has arguably accelerated the process, which was nearly grinding to a halt.

The accelerated pace has been largely welcomed by international donors and many Somalis. But it has also led to a host of complaints from civil society organisations and candidates. They feel this international push to meet a deadline has given the Somali government and regional leaders leeway to manipulate the parliamentary election. They have done this by barring serious candidates and replacing them with dummy candidates or ‘wedding attendants’ in local parlance, practically leading to uncontested elections and ‘quick victories’.

Indeed, reminiscent of previous Somali elections, there are widespread allegations of vote-buying, bribery, intimidation and violent coercion. These raise serious questions about the integrity and credibility of the process.

International donors are faced with a classical dilemma. One choice is a quick election, however imperfect and deeply flawed. This offers a guaranteed transfer of power. The second is to exert considerable leverage by withholding funds with the view to enhance transparency in the management of elections. But this risks triggering a new set of delays.

The quick way out seems the preferred choice.

Significant challenges remain that could derail the electoral process indefinitely.

First, the federal government led by prime minister Hussein Roble is accused of indirectly using the federal electoral implementation body to invalidate the winning results of rival candidates. Somalia has an independent electoral dispute resolution body, permitting candidates to file formal complaints. However, recently the chairman of the federal electoral implementation body unilaterally invalidated the results of three seats won by candidates aligned with President Farmaajo. This essentially usurps the mandate of the independent dispute resolution mechanism in place.

Such direct interference will not only lead to intense contestation of results and endless delays but can lead to renewed violence.

This seeming foot-dragging can be partly explained by federal member states’ diminished influence in their second city. If federal member states decide to sidestep the model and hold all elections in the regional capital, large segments of the Somali public will lose confidence in the integrity of the electoral process. This could lead to mass demonstrations and possibly violence.

4. Al-Shabaab is always waiting to pounce

Always in the background is the militant group Al-Shabaab, which has been battling for over a decade to topple the country’s federal government. While the group is known for disrupting the country’s election process, the current political uncertainty and a distracted government have amplified the impact of their attacks. Al-Shabaab has also stepped up its propaganda outputs.

Somalia is on the road to holding the long-awaited presidential election in three months provided that the current pace is maintained and the deadline is extended for another month. That’s if existing tensions are curtailed and resolved. International actors should target those who persist with actions that undermine Somalia’s stability and the prospects of getting to a quick election. Failure to hold spoilers accountable will block the path to elections once more.

Save for spoilers and Al-Shabaab, it is in everyone’s interests for a quick election, primarily the Somali public. The Somali public have been disenfranchised in this election, and had to settle for another indirect election while still battling drought, COVID-19 and insecurity. A peaceful transfer of power prevents them from being starved of government budget funds meant for them.

Somalia’s woes under regional and international tutelage disguised as…