Meet Ahmedshafii, one of the Somali faces in MMA! 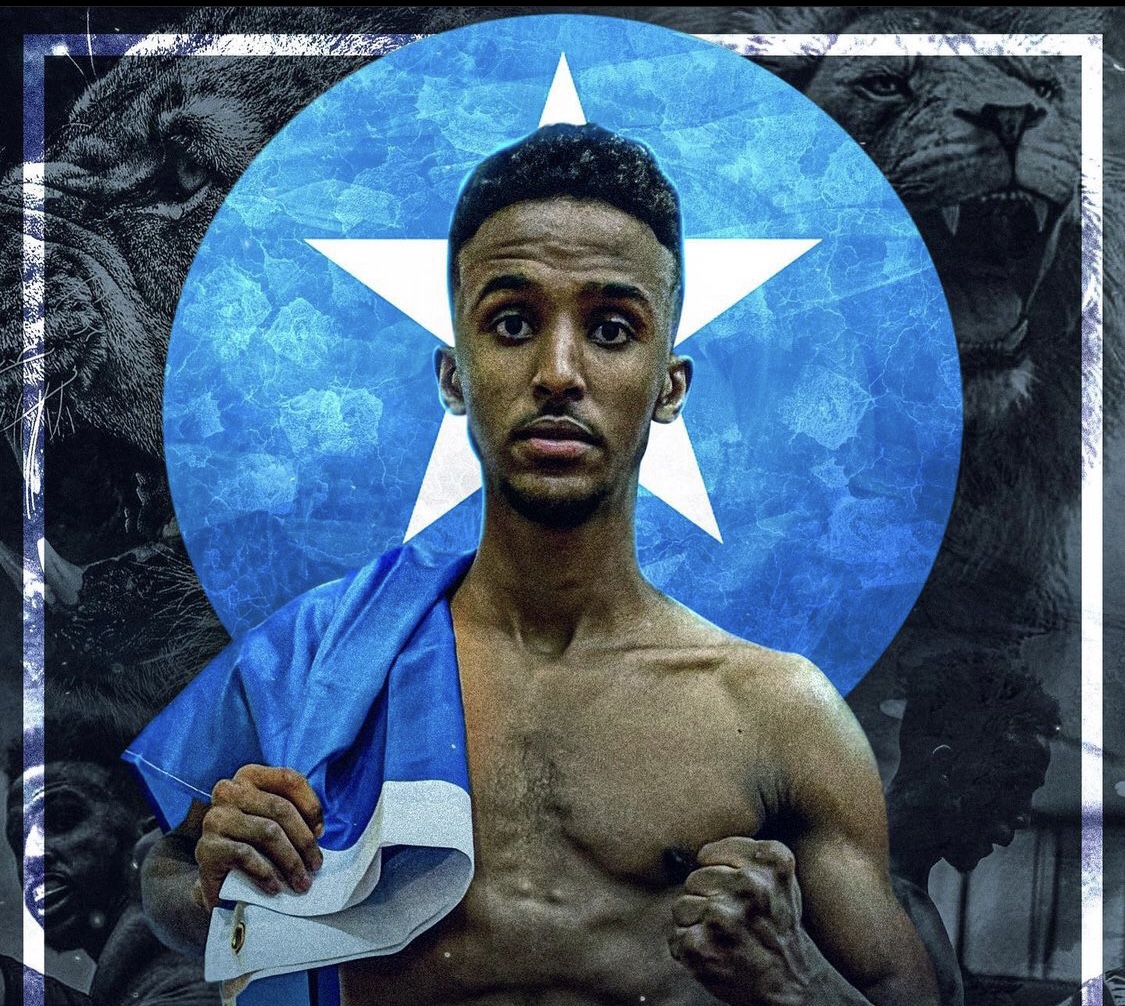 Ahmedshafii is a 20 year old Somali-American Mixed Martial Artist. He has been training in MMA for almost 5 years now at his gym in Mechanicsburg, Pennsylvania with his head coach Kabir Amani from Afghanistan. Ahmedshafii has already fought 4 times in just last year alone, 3 of those were wins;2 of them fantastic knockouts and a draw.

Ahmedshafii says he remembers a huge part of him growing up, as an ardent fan of the sport of MMA. He would watch the UFC and would almost always dream about being in the now world famous Octagon, to this end he now says his sole goal is to become a world champion in MMA.

Ahmedshafii has in the past scheduled fights in the month of Ramadan and we asked him if that will affects him and his performance negatively. He points it out that he fought last year right after Ramadan and if anything it made him feel even more ready to fight mentally and spiritually.

We asked Ahmedshafii about his support system and how he manages to fight so often with all of the hefty costs that come with the competition. He told us that he works as a kids Taekwondo Instructor which helps cover most of his numerous expenses. He also recently landed his first sponsorship ever with a US based Somali coffee company called The Horn. Ahmedshafii also heavily stresses to us the need and significant importance of Somali companies/establishments lending a helping hand to their own athletes. As anyone can guess so this helps athletes find encouragement in their pursuit of excellence and remember a community is behind them, rooting for them and instills in the a sense of belonging. For community engagement and exposure athletes must have & maintain an online presence too, he tells us “that is the reason why I promotes myself and my brand so heavily on Social Media especially on Instagram as @1farahmma https://instagram.com/1farahmma?utm_medium=copy_link”

Also in the last year he went to London to visit his good friend Muhidin Abubakar, himself also MMA fighter and in many ways a true pioneer of Somali MMA. Ahmedshafi is rightly inspired to train harder and compete. Muhidin invited him to watch a fight of his LIVE in London. Also joining them was a Somali Kickboxer from Netherlands Jess Van Hunen. They spent about a week in London training, sightseeing, and just building a brotherhood camaraderie like any Somali countrymen in many places of the globe. He tells us the highlight of his trip was watching his favorite football team Liverpool Fc play Tottenham Hotspur LIVE! Way to top off a good trip overseas.

His parting shot “the best encouragement is showing the path can be travelled. I want to show that a Somali man can make it to the highest levels of this sport. I know for a fact I have already motivated hundreds of young boys to start training because they message asking how to get started, I answer every single one of them because I know it can change their life like it changed mine.”

Check out and reach out to AhmedShafii on Instagram https://instagram.com/1farahmma?utm_medium=copy_link

This interview was made possible by our friends over at Somali Athlete, which is the spot for all news,developments and profiles on all things Somali sports. https://instagram.com/somaliathlete?utm_medium=copy_link

AMISOM, as we know it, enters its final month