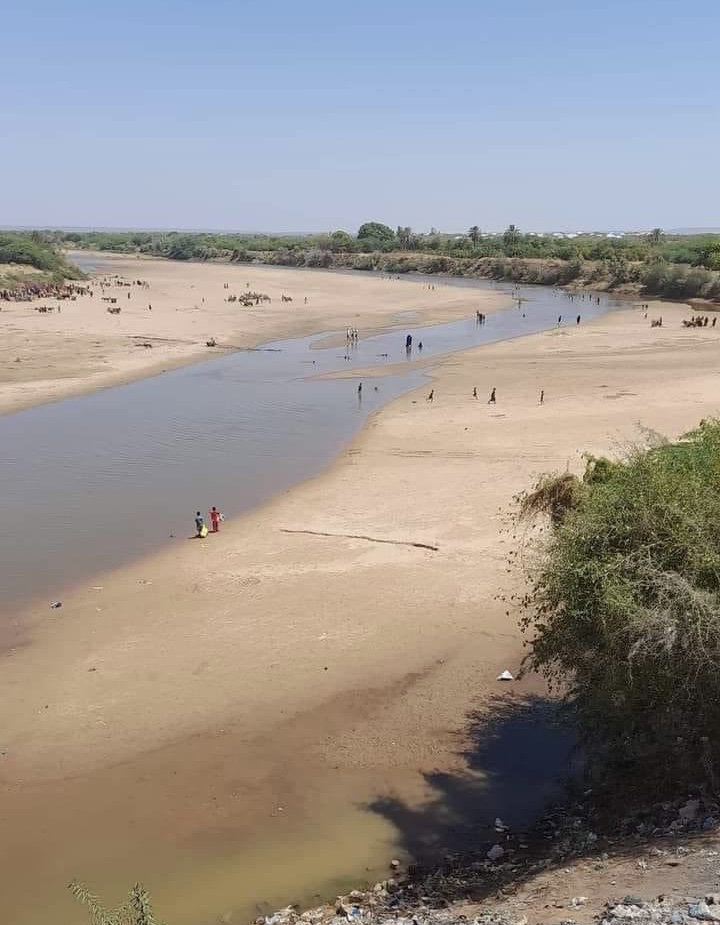 The Jubba River (wabiga jubba) is one of the 2 major rivers in southern Somalia that flows through the Somali Federal State of Jubaland. Beginning at the border with Ethiopia, where the Dawa River and Ganale Dorya rivers meet, and then flow directly southeasterly towards the Indian Ocean, it empties to the sea at the picturesque Goobweyn juncture. The total length of Juba River is 1,808 Kilometres, with a catchment area of about 210,010 Km2. On average, 186 cubic meters (186,000 litres) of water flow every second down the Jubba River at its Luuq station.

The Jubba basin (largely Savanna) also as a whole covers an area of 749,000 km2 (289,000 sq mi), it is the most ecologically rich place in the Somalia due to fertile farmland and a diverse native wildlife species. The river, has for many years sustained agricultural production not only by providing much needed irrigation, but also through the very fertile flood plains where a variety of crops are grown for domestic and foreign markets.

The once ever flowing river and a key source of water is now on the brink of drying up (one can also argue it has already dried up). The residents sent out pleas last week and were rightly alarmed as the last time the waters levels went this low was in 1957! Record low water levels! This was evidently the case last week when alligators wandered off the sand that remained on the dried up riverbed, dying of thirst themselves! An entire ecological disruption unfolds before our eyes. However we should ask ourselves was the River Jubba always like this?

For several decades irrigated agriculture has been practiced along the plains overlying the Jubba River, producing food not only for local consumption but also for export. Available records indicate that before the collapse of the former Somali government in 1990, over 220,000 hectares of land along the flood plains were under either controlled irrigation or recession farming. Maize, sesame, fruits and vegetables were some of the crops grown for local market, while sugarcane and rice were grown for both local and foreign markets. The Natural Water Resources Law of 1984 governed the regulated access to and use of the Juba river waters. Water exploitation at the national and regional level was regulated through legal and institutional structures set up by the central government. Systems were also put in place for irrigation and flood management.

The story is different now, Somalia’s current irrigation infrastructure is almost insignificant and in a poor operational condition, a status which also applies to other regions along the river where irrigated agriculture was practiced. This has significantly affected the agricultural production in the region. The potential of the flood plains remains, however, and all that is required for their full exploitation is to restore the dilapidated infrastructure.

The drying up river losses much of the very needed water, after discounting the damming of the river inside Ethiopia (the biggest factor of declining water levels) is in the bank full spillage of flood water into the flood plains, natural and man-made flood relief channels, river diversions for irrigation – during both low and high flow periods – and natural losses due to evaporation and infiltration/recharge of the groundwater along the rivers.

A key factor in this recurrent and worsening situation of drought caused by a severe lack of water is the unwillingness and/or inability of the local and national authorities in adopting a holistic approach to water management, drought mitigation and humanitarian efforts aimed at ensuring the welfare of the already burdened people of Somalia. It is simply not a priority! See what topics dominate the Somali discourse and you will be inclined to think every Somali citizen has running water. In both dry and wet seasons you will hear of a repeat cycle in a similar story—a flooded river or a dried river one. Urgent better management of the water resources to address the problems of extremes – “too much” or “too little” water – and must involve infrastructure rehabilitation and the re-establishment of national and regional institutions for water management.

Other factors that make the ecological situation worse are the insecurity and lack of access—as many areas surrounding the Jubba River are inaccessible to developmental agencies and their partners for intervention activities. There have been considerable gains by Somali security authorities in taking back these areas from Al-Shabab, however this particular area (around the Jubba regions) is under effective Al-Shabab control which makes it harder to restore order and allow unlimited access by intervening agencies.

Read the Reliefweb’s Report on the importance of the rivers Jubba and Shabelle to Somalia which we heavily borrowed the above story from https://bit.ly/3iss91b

Meet Ahmedshafii, one of the Somali faces in MMA!