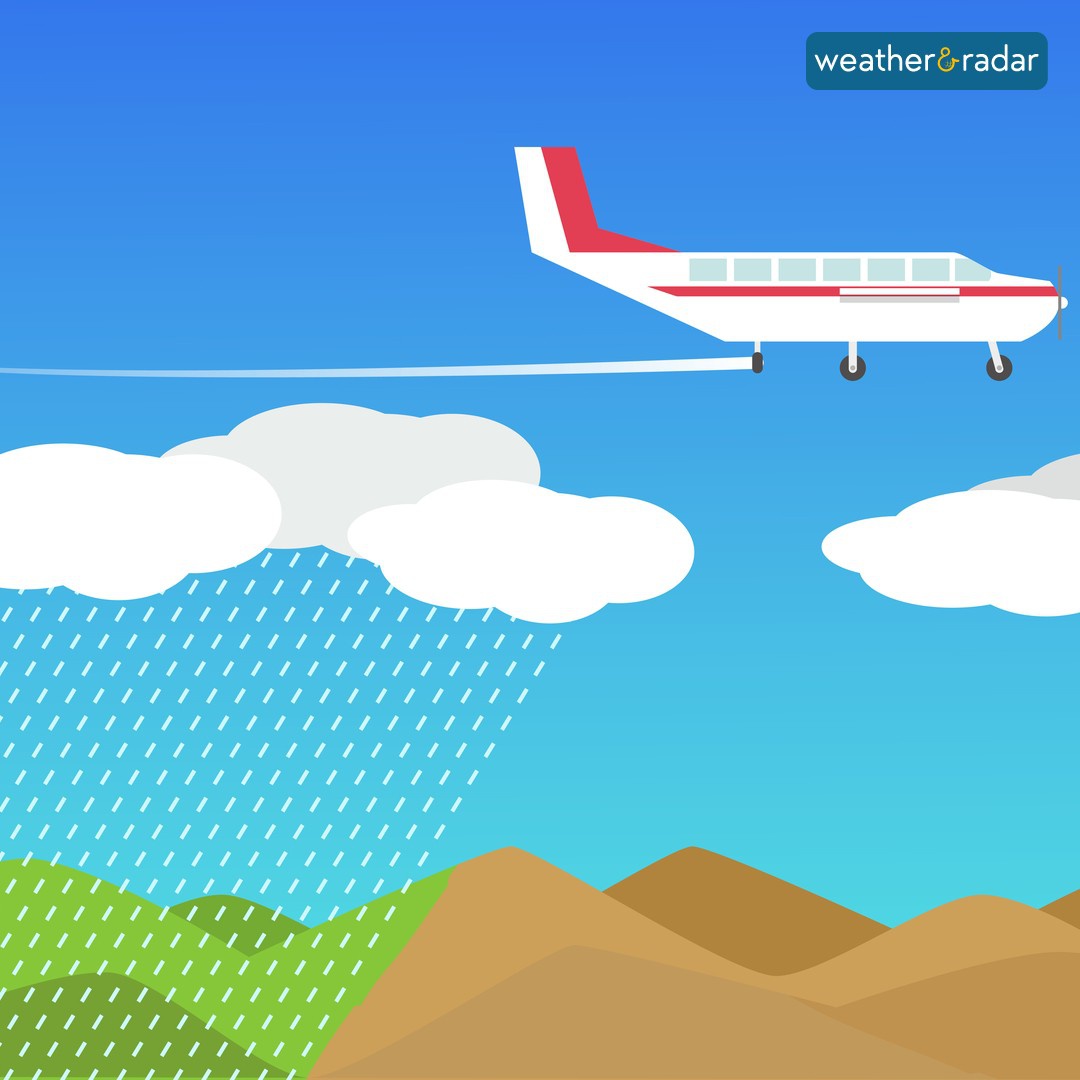 Cloud seeding is a method of weather modification that involves improving cloud’s ability to produce rain by distributing compounds into the air that act as cloud condensation or ice nuclei, altering the microphysical processes within the cloud thereby increasing rainfall although artificially. The technology can also be used to get rain where it is needed.

Cloud seeding started in the United Arab Emirates in 2010 as a project by meteorological authorities to mitigate water shortages and generate artificial rain. The experiment, which began in July 2010 and cost $11 million, was successful in creating rain storms in the deserts of Dubai and Abu Dhabi. Cloud seeding activities, as per forecasters and scientists, can boost rainfall by 30 to 35 percent in a clear environment and by 10 to 15 percent in a turbid atmosphere.

Cloud seeding was also utilized in Jakarta to reduce flood risk in advance of major rains in 2013, according to the country’s Agency for the Protection of the Environment.

Due to the increasing global water needs juxtaposed with scarcities, it is not entirely absurd to suggest that current and/or future wars might be fought over water sources as it already the case in some parts of the globe.

The People’s Republic of China is currently the largest cloud seeding country in the globe, their system is predicated on the thesis; that by releasing silver iodide rockets into the sky where rain is needed, it improves the amount of rain falling on various increasingly parched places; this includes Beijing, the country’s capital city.

India, a historic neighbor of China, due to a severe drought in India in the 1980s, introduced cloud seeding process. Cloud seeding was also started on an administration level by the Karnataka government in 2003. In the same year, cloud seeding activities in Maharashtra were carried out by Weather Modification Inc., a company based in the United States. In 2008, the state of Andhra Pradesh saw cloud seeding deployed in 12 of its districts afflicted by droughts.

The Olympic organizers of the 2008 Beijing Olympics,  launched almost 1000 rockets into the sky to seed clouds and make it rain the day before the opening ceremony thereby ensuring a rain-free opening occasion in the next day. This event wowed the world although cloud seeding has been around for decades before such a spectacular display of the technology.

In December 2020, China’s State Council has declared a 5-year plan to develop its weather manipulation technology, allowing it to exert control over meteorological conditions. For artificial rainfall, the system would span a total area of 5.5 million square kilometers, or one and a half times the size of India. The timing of the announcement raised eyebrows as India and China were engaged in a border dispute in Eastern Ladakh for 7 months by then with many noting this technology, could be used to exploit and strong arm neighboring countries.

Over a decade ago in August 2011, The Kenyan Government spent $11 million to try to enhance rainfall in the arid region in a bid to alleviate East Africa’s worst drought in decades, Kenyan scientists successfully utilized the technique known as cloud seeding to produce more rain in November of 2011.

Somalia’s also troubled neighbor, Ethiopia is afflicted with recurrent water shortages for its humongous population of 115 million according to 2020 statistics. The Ethiopian highlands, the source of Blue Nile and hosting a wide range of flora and fauna only covers the central and northern parts of the country. This leaves the rest of the country—a very large part dry and in severe need of water, which is what, has led to the Ethiopian leadership to come up with better ways of water provision to the hinterlands. Cloud Seeding was largely introduced to region via Ethiopia but certainly not in the continent as Cloud seeding is also used on a national basis in Mali and Niger while the Moroccan government launched the ‘Al-Ghait’ cloud seeding program in 1985. The system was originally implemented in Morocco in 1999, and it was also implemented in Burkina Faso between 1999 and 2002, and in Senegal starting in 2005.

Cloud seeding, although primarily intended to augment Ethiopia’s rainfall, In May 2021, it was announced that Ethiopia was also going to use cloud seeding technology on top of the heavy rains that pour down every July and August to successfully undertake the second filling of the Grand Ethiopian Renaissance Dam (GERD).  This was heavily opposed by the United States, European Union, Egypt and Sudan who all wanted agreements and commitments signed before the second filling of the dam. Ethiopia rejected their position on grounds that it violates the Declaration of Principle Agreement the three countries signed in 2015. Going forward was the cloud seeding method, which began to be experimented with recently, and was partaken in by ten institutions around the country.

With water levels in the 2 main Somali rivers (Jubba and Shabelle) that both originate from the Ethiopian Highlands, indicating record new lows and many pointing towards the excessive damming within Ethiopia for the decline, we are yet to fully discover how cloud seeding by Ethiopia will affect Somalia’s already meager rainfall.