What is the Somali Nationhood Agenda? 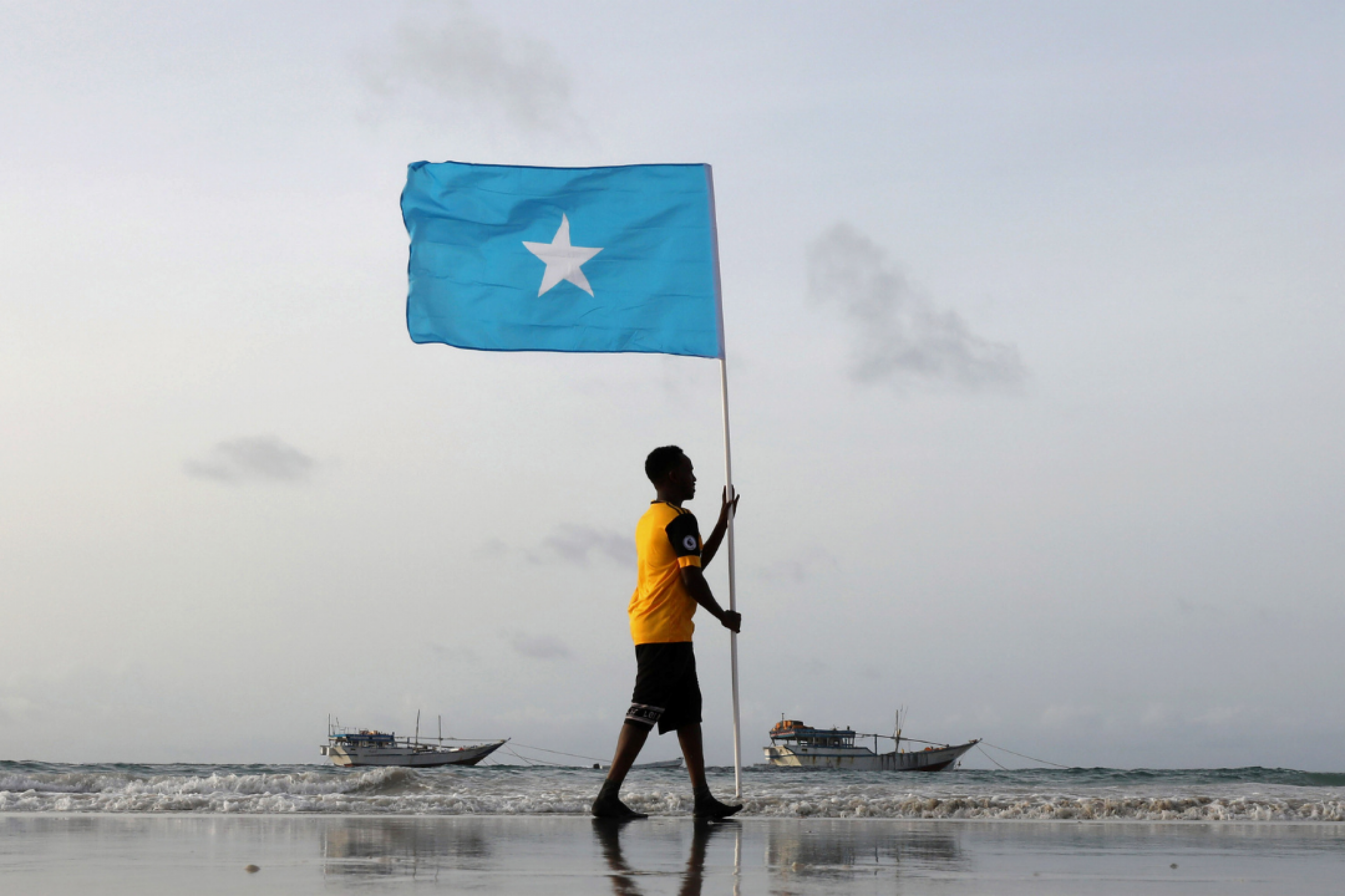 As a non-politically motivated outsider, I would characterize Somali politics as incoherently tribal and short-sighted. Tribalism as a tool for oppression is abhorrent. Apart from indicating identity and lineage there is no logical use for tribalism. One should conduct both friendships and business based on character and not nationality let alone tribal affiliations. After an article on the need for patriotism, I have befriended numerous compatriots worldwide from all walks of life who were deeply moved by the article and felt a ‘call to action’; however, there was a deep sense of hopelessness. Asking one to be patriotic implies having hope in their country. How can we have tangible hope without a comprehensive, realistic agenda for Somalia by Somalis to believe in? Most people told me that being patriotic is a ‘nice concept’ but for Somalia it was unrealistic. I realized that people thought I was asking for blind hope which will always lead to flimsy patriotism. Tribalism has become Somalia’s version of patriotism and clan federalism as substitute to country.

There is a prevalence of extreme, unabashed negativity in Somalis that is like sport. As a culture we provoke people to aspire to their lowest, animalistic sentiments before we compliment, support or celebrate. As a people, we are quick to highlight and expose others’ faults before examining and correcting our own. After we give our politicians the first couple of honeymoon months in office, we try with our deepest will to unseat them just to start over again. We are builders with a long-term vision in other countries but not our own. We have successfully destroyed our country and have spent almost the last three decades criticizing the rubble. Everyone praises Somalia’s potential for perceived greatness. The exact same phrases are restated – that we have the longest coast line in Africa, that we have untapped resources (minerals, oil and gas), that we have agriculture, fisheries, livestock, etc. Untapped resources are just that – untapped – so let’s please stop talking about them until we have a real plan on how to tap them. Agriculture has enormous potential and before we discuss policies for investments we need to restore the rightful owners of those farms. If we have injustice in any sector – it will not flourish.  What our country considers illegal fishing is a laughing stock for other countries until we develop a real industrialized fishery sector. As for livestock, it is not only an economic travesty that we still mainly export lives animals without much value addition but that it comprises a bulk of our trivial GDP. As for oil and gas, we have been struck by kindness that we haven’t developed this sector because our country couldn’t sustain the paradox of plenty with the oil curse and thankfully we haven’t experience our Dutch Disease. Unlike agriculture, the oil sector employs few unskilled people and the inherent volatility of commodity prices hurts the poor the most, as they are least able to hedge their risks. And because the resource is concentrated, the resulting wealth passes through only a few hands and so is more susceptible to misdirection. Therefore, we need to prioritize developing our other sectors first.

Most professionals are quick to remind me that the private sector in Somalia is flourishing. The private sector in Somalia constitutes only a handful of large corporations and a very weak, undefined SME sector which should comprise the mainstay of the private sector. This private sector myth is perpetuated because the international community is astounded that anyone would do business in such problematic conditions. Nevertheless it’s because of this opportunistic, monopolistic market model which under normal market conditions would be unsustainable that has allowed this condition to persist. It is however undeniable that the private sector has stepped in where the government institutions have failed; however, this type of private sector will not lead to growth, it will continue to perpetuate inequality and concentrated power in the hands of few and increased barriers to entry for SME’s. Ultimately potential doesn’t make the man and it can’t make the country. Fulfilled potential should be the aspirational reality. Somalia is a classic case of the Africa paradox – so rich in resources but so very poor. It is management of the country that counts, not the resources the country possesses.

To fulfill that potential we need sincere, patriotic deal makers in public office. Like most third world countries, it appears that Somali politicians join public service to become businessmen when to be in public office is to serve. Although we do not have a democratic process and the officials come to the office via clan quotas, the definition of public service doesn’t change.  Arguably, there is corruption everywhere, in almost every government building in the world; however, a welfare state such as Somalia is not able to sustain a recurring, sliding door of politicians motivated by everything and anything besides loyalty to country.  I argue that if we had competent businessmen in power who were there to maximize their gains with a long-term view (that would have to include aiding their helpless constituents), we would have had perceptible progress —even if they were massively corrupt and motivated by their own personal greed. It’s not the corruption alone that cripples a country — it is one without a long-term, country-wide agenda. What makes this a Somali tragedy is that we are at a state of continuous war with bombardments of deadlier terror attacks, recurrent famine, and the silent rape of the vulnerable.

Somalis blame everyone without accepting that the real threat is their lack of unity. We have been split up into regional states with their own flags and Presidents because we drank too much of that toxic tribal cool-aid. Everyone is out for their interests except for us — Somalis. What are Somalia’s collective interests? What is the Somalia nationhood agenda? Almost every Somali in every corner of the world can name the reasons why the Somali nationhood has failed. Now can we try to articulate what the Somali nationhood agenda stands for? Almost no one can. Because there isn’t one. What are the values that bring us together? What is our commonality that we can unite around? We are after all a country united by one religion and language. Then why has our country become a hot potato nobody wants to hold but we all want regional states to be our independent, clan havens? It nonsensical and therefore I argue that while we are busy creating a federal system we should also be creating a Somali nationhood agenda that encompasses values that unite us as country with one shared identity.

The country needs a new generation of leaders that are sincere, non-tribal and competent to deliver on brokering an intricate web of aid and investments for Somalia that will finally free our people from decades of unnecessary servitude, intrepid hunger, and involuntary displacement. We need a cohesive Somalia-first strategy that involves regional states independence to leverage foreign aid for purposeful development and a coordinated country-led foreign investment strategy to create a GDP independent of remittances, aid, and extractive and exploitative sectors. We need leaders who are neither intimidated nor flattered by foreign powers attention and can leverage the best deals to truly unite and serve their constituents: the forgotten and invisible people of Somalia. Lastly, we need leaders in office concerned with their legacy and who see themselves becoming valuable elder patriotic statesmen instead of residing and retiring abroad as is the sad, natural political decline for most Somali politicians. The current young leaders in office could be the progressive, patriotic leaders our country has yearned for and the only way to find out is to let them govern and that requires giving them their due time in office with hopeful restraint and constructive criticism. Time will always reveal the consistent thread between intention, rhetoric and action.

I know, it’s hard to be patriotic when it comes to Somalia. I wrote my article because I wanted the younger generations like myself and my children to know that there are many of us who value our country and would love nothing more than contribute to its re-birth. That there are many of us who do not pledge allegiance to tribe but to country. That there are many of us who know that east or west: home is best, and home is where your forefathers are buried. For those of us who are builders to not be discouraged by the incessant chaos created by our politically tribal motivated class. Politicians come and go and in Somalia their days seem to be numbered but we hope to see a new breed of Somalia-first leaders. Originating from a business family who haven’t divested any of our assets in the country, I urge other business owners to think of Somalia in a patriotic front and not a regional, tribal way. Why box yourself into a small corner when you are a rightful owner of the entire pie?

People constantly ask me ‘why do you care so much,’ and my answer is ‘why shouldn’t I care?’ ‘Isn’t it my country, too? Or is it a no man’s land that we should be ashamed of? That my patriotism baffles people around me was hard to understand until it dawned on me that as Somalis we have become accustomed to being disappointed – time and time again – that we have developed this approach of being hopeful about everything but our own country. I think that’s mistaken. Everything is temporary, and change is constant. As Muslims we do not despair – even in the most difficult of times we push through because we know the promises of Allah are always fulfilled. So, verily, with every difficulty, there is relief: Verily with every difficulty there is relief. (The Holy Quran 94:5-6) So let us remain hopeful, patriotic, and steadfast. Our time to reclaim our country will come.

This article was originally written in December 2017. All views expressed therein are those of the author and not of our outlet or staff.

Feature your writings by mailing us on [email protected]