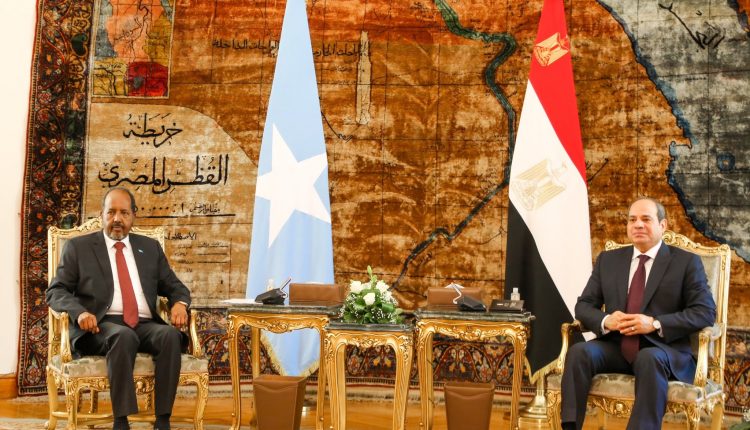 Egypt; “we understood why Ethiopia intervened militarily against Islamists in Somalia” this is despite the earlier Arab consensus that Ethiopian troops should withdraw from Somalia completely.

“President Mubarak expressed his understanding for the reasons behind the Ethiopian intervention in Somalia.” Awad told the sea of journalists in their press briefing. Mubarak also supported the formulation of an African Peace Keeping Mission to Somalia.

By such utterances, Egypt defied an all Arab consensus that Ethiopia should leave Somali territory and withdraw back to its borders. Somalia was and still is a member of the Cairo-based Arab League.

Egypt expressed reservations about the Islamic Courts Union which had dominion over swaths of central and southern Somalia, it was these forces that were fighting the Transitional Federal Government backed by Ethiopia and its military might.

In order to dismantle the Islamic Courts Union (ICU), a multifaceted organization that had displaced warlord rule in the nation’s capital, Mogadishu, and increased its power throughout south and central Somalia, Ethiopian troops invaded Somalia in December 2006. Meles Zenawi, Ethiopian Prime Minister and former rebel leader who once resided in Somalia, accused the ICU of having ties to terrorism and having irredentist goals that endangered Ethiopian sovereignty. The invasion had a helping hand from the United States, which sanctioned and provided material support for the invasion.

However, while Ethiopian troops had little trouble defeating the ICU militias, they were up against an Islamist-led insurgency that had been fueled by Somalis’ widespread hostility toward Ethiopia. After immeasurable human suffering, intense fighting, displacement and grave human rights violation, Ethiopia withdrew in January 2009 after exactly 2 bloody years in what is today one of the darkest if not the darkest chapters of modern Somali history.

In those moments of need, Egypt may well have shown indifference to Somalia’s woes but today it is locked in a conflict with a troubled Ethiopia over the damming of the Grand Ethiopian Renaissance Dam on the Nile River. Egyptian President Abdelfatah El-Sisi, meeting with Somali president at the Heliopolis Palace said “I discussed with Somali President Hassan on the Grand Ethiopian Renaissance Dam issue and we have highlighted the danger of unilateral policies when implementing projects on transboundary rivers.” He may well have legitimate concerns, but many Somalis ask was there not a unilateral decision by Ethiopia against Somalia and what was Egypt’s stance then? Is this the first such unilateral decision in the region? Should Somalia fight the wars of parties who have agreed on a thing or two in the past?

The demise of the BBC Somali Service