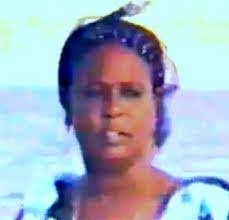 Saynab Haji Ali Baxsan, a well known, respected and beloved Somali singer, passed away in 19th October, 2020 in Mogadishu, Somalia. She was 85 years old. She was born in 1935 in Baabuli, Somali Region in Ethiopia. It is widely reported that she was born into a wealthy family. Her father was a wise, respected businessman who played a prominent role in his community. At an early age, Baxsan started her own business, first in her own hometown, as a tea shop owner and later in the coffee business in Dirirdhabe.

She had not stayed in business for long before she decided to follow her passion and do what she was good at. She moved to Addis Ababa, the Ethiopian Capital, where she joined some artists there, and started learning music and singing. Many believe that she was influenced by Shamso Abokor, also known as Guduudo Carwo, one of the pioneers of contemporary Somali music and theatre. The two had met and befriended each other in Dirirdhabe. After a short stint as a singer in Addis Ababa, the duo plus a few other musicians, including a drummer, moved to Hargeisa, Somalia in 1960. Saab TV, www.saabtv.com taariikh faneedkii Saynab Xaji Cali Baxsan, in celebration of Baxsan’s life and career, interviewed Ibrahim Cali Axmed. Axmed, who researches Somali musicians’ lives and careers, stated in the interview that Baxsan was accompanied by other artists on her journey from Ethiopia to Somalia. Baxsan’s intended destination might have been Mogadishu, so she immediately journeyed to Mogadishu from Hargeisa. That was the norm in those early days of Somalia’s independence as many young Somalis born, raised and educated outside of Somalia started flocking to Mogadishu to be part of the enthusiasm and state building efforts.

And it is likely that Baxsan was driven by that desire and enthusiasm of embracing and enjoying opportunities expected to be available in the New Republic. She embarked on a music career that spanned for 6 decades. She sang many patriotic and love songs, participated in theatrical performances as well as plays performed on stage in front of live audiences. She was usually chosen to be the lead star in plays written by luminaries such as Maxamed Cali Kaariye, Axmed Saleeban Bidde, and Maxamud Cabdullahi Sangub. Besides her captivating, extraordinary theatrical performance and ability on stage, Baxsan had a beautiful voice, pleasing the ear and soothing the soul, and that is what earned her the respect, love, admiration of the whole nation. However, she is most remembered for the role she played in the war efforts in 1964 and 1977, which erupted between Somalia and Ethiopia. Her desire and efforts to mobilize the nation, encourage and motivate those in the frontline into persevering and resisting, was remarkable. Geeshkayagoo Guuleysta (O our army attain victory) is one her many patriotic songs often most revered and referenced to.

Baxsan’s hard work and patriotism were noticed and rewarded by successive Somali Governments. In 1964, the civilian government of President Adan Cabdulle Cismaan recognized Baxsan’s impressive dedications and contributions to the state, especially to the war effort. She received a medal of honour, probably the highest given to a citizen by the state. Similarly, the military regime led by General Maxamed Siyaad Barre also awarded a medal of honour in1977. Again, Baxsan was recognized for her efforts in the 1977 war with Ethiopia. In an interview on Radio Television of Djibouti (RTD) xasan A. samatar iyo abokor F. Buux following her death, a Djiboutian author and researcher named Abokor F. Buux mentioned without elaborating that the second President of the Republic, Cabdirashid Cali Sharmarke, also gave a medal to Baxsan. Not many details on this are available, so the writer of this piece can tell neither what kind of medal she received nor for what reason.

At a personal level, she was a decent, compassionate human being. Those who knew her well said she was always equally welcoming and accommodating both friends and strangers in her home. The great Somali singer, Xasan Adan Samatar, eloquently talked about her compassion and humanity on the same RTD program.  He said she would visit hospitals to comfort, pray for and give gifts to the sick. Her greatness both as an artist and as a person is widely acknowledged and accepted across the nation.. Baxsan’s stories are long, many and beautiful. And that is the reason for her death was like a seismic vibration felt by every Somali at home and abroad. Although the government of the day was criticized for not offering a dignified, befitting funeral service and burial, many ordinary citizens mourned, praised and prayed for her. She was exalted and honoured in so many ways and in many places. Some people wrote about her life and long career while others gave interviews on radios and televisions on her remarkable life and personality.

Mohamed Haji Ingiriis, a newly minted professor of history, was one of those who was chosen to write about Baxsan. He wrote a piece, entitled Remembering Baxsan, One of the Most Popular Somali Singers of All Time, which recently appeared in an online magazine, The Conversation, as a tribute to Baxsan. Ingiriis’ piece seems to be not as well researched as one might expect it to be. Unfortunately, it contained serious misrepresentation of facts. First, he got the name Baxsan wrong in English. Escape is the English translation he offered for Baxsan. It seems that the learned professor confused Baxsan with Baxsad. While the latter means escape, the former means extraordinary, exceptional and so on. It is given to females who demonstrate exceptional qualities in beauty, character, leadership and other equally desirable traits. The bearer of this name is someone ahead of her peers in many respects, including the ones mentioned above. It is a decorative name meant to indicate greatness, decency and dignity.

It is not clear who gave Baxsan this name and in what circumstances. Some said Guduudo Carwo, her friend, influencer, and mentor came up with this name and gave it to Saynab. Others suggested that it was given to her by Radio Mogadishu management in those early days when Somali music and theatre were at an infant stage. The latter explanation is more plausible because it is a known fact that the radio management chose names for many female singers. Dalays, Magool, and Shankaroon are few of those names meant for elevation and decoration of female singers’ statuses. It was a strategy designed to attract female singers to the profession. If he was unable to grasp the real meaning of the name due to poor command of his native language, he could have sought assistance of cultural treasures such as Axmed Farax Idaajaa, Cabdalla Mansour, and other literatis, who have devoted their lives to researching, documenting, and writing about Somali culture and language.

The other obvious mistake committed by the learned professor is his attempt to portray Baxsan as someone yearning for freedom, spontaneity, and modernity, but was constrained by faith, culture, and family. He wanted us to believe Baxsan was chained, but determined to break the chains and be free and independent. Such an assertion is absolutely absurd. No need or necessity for Baxsan to break chains and escape. The fact that Baxsan had moved from Baabuli, her hometown, to Dirirdhabe, then to Addis Ababa before her arrival in Somalia, shows that she was a strong, free, and independent woman, who intended to chart her own course in life to succeed. Similarly, she had changed vocations a number of times. First, she had a tea shop in her hometown, then got involved in the coffee business in Dirirdhabe, and finally settled in Addis Ababa where she was immersed into music and singing. So, there is no greater dishonour than claiming that Baxsan resorted to escape as if she was a weak, controlled woman. Ingiriis’s assumptions on Baxsan are reckless and irresponsible.

It is unclear what led him to make such assumptions. His mistakes are neither excusable nor forgivable. As a scholar and learned man, he could have done better. It is probable that he had other considerations in his mind. He might choose to write about Baxsan in a way that would meet the perceptions of his audience on a Somali or Muslim woman. People in the Western world always conjure up in their minds that all women in third world countries are controlled, weak, and backward. So, it is possible that Ingiriis was forced to validate his audience’s prejudices and misperceptions to get the piece published, or he enjoys other favours.