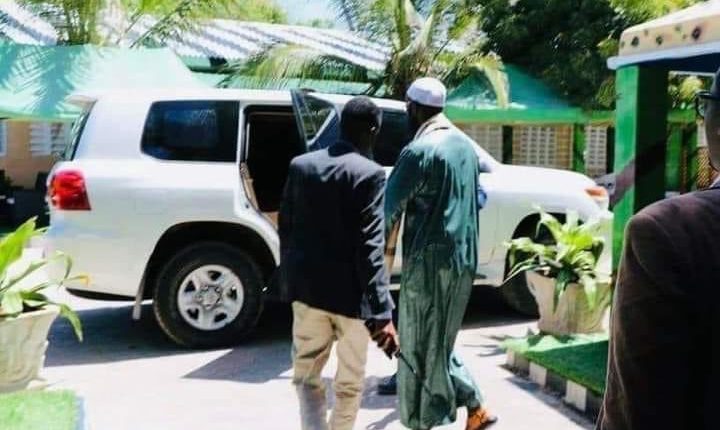 Immediately after Hassan Sheikh Mohamed returned to Villa Somalia as President, a few loud voices started calling him to release Mukhtar Robow. Robow fell out with Al-Shabaab, a notorious terror group with links to Al-Qaeda and has been waging a brutal war in the Horn of Africa. Al-Shabaab was in hot pursuit to capture or kill Robow when surrounded.

Robow has been under in-house arrest since then,  Mohamud’s administration through his Premier included Robow in his kitchen cabinet, and he will be leading Religious Affairs and Endowments– a doctrinal portfolio.

The intention of this appointment is political revenge in nature. Mohamud wants to get even with Abdiazis Hassan (Laftagareen), the leader of the Southwest Region in Somalia. Laftagreen supported Mohamud’s predecessor. Political revenge/reprisal is antithetical to what Mohamud promised in his presentation to parliament as a candidate.

When Mohamud’s political allies called for Robow’s release, Lafgareen was the target. Laftagreen knew this. He made a contingency plan by committing to an agreement with Ethiopia to train 5,000 regional troops. Mohamud flew into Baidoa shortly after being swear-in, the region’s commercial capital. Mohamud promised Laftagreen no regime change. But as on any trip taken thus far, Mohamud promised one thing but did the opposite when he returned to Mogadishu.

Robow is no low-level foot soldier with a terror group who can be reformed and released into society. He was a top leader with Al-Shabaab in the group’s heydays. Territories controlled by the group included Mogadishu.

Robow wanted to enter politics in Southwest State’s regional election in 2018. He was arrested and kept under house confinement after clashes between his supporters & regional security broke out and caused loss of life and limb in Baidoa.

Now that he’s released and given new powers, Robow is expected to exacerbate instability in a region that’s already very unstable. Mohamud’s action with Robow will add no value to political reconciliation. Robow will only bring more instability to the Southwest region.

The main point here is not to argue that leaders of the group who negotiate peace deals should be shut out of the political process. It is instead to recommend handling each case involving top Al-Shabaab leaders who defect based on merits.

Agreements with Al-Shabaab leaders who negotiate peace while holding sway within the group should be honored. It is imperative that agreements with the top brass who enter politics through the democratic process are implemented.

The group’s foot soldiers should expect and receive some form of immunity. The majority are teenagers who are supposed to be either entering the labor force or in school.

After de-radicalization, many came from farming and pastoral communities. They should be reunited with families as their manpower and labor contributions are in desperate need.

Foot soldiers with urban roots shall be in school and vocational training programs. They should receive access to education and employment opportunities without much hindrance or delays.

This approach works. There is precedent for it. In the early 1990s, the predecessor of Al-Shabaab clashed with regional forces on the outskirts of Bossaso. Hassan Dahir Aways, who is also currently under house confinement led the group at the time. It was under the banner of Al-Itihad.

This group lost many battles. Many of the foot soldiers surrounded and successfully reintegrated back into their communities in rural & nomadic communities without government coordination or aid from Non-Government Organizations (NGOs).

There was no political avenue for top leaders such as Aways to influence the country’s politics at the time. The group reorganized and flourished in other parts of the country. Gedo was one of the regions. Al-Itihad drew Ethiopia’s attention and brought havoc in communities like Luuq & Beled Hawo.

The group ultimately blossom and morphed into the Islamic Courts Union (ICU) which briefly controlled a large swath of Somalia before splitting into mini groups. New leadership emerges after each splintering.

Therefore, it is imperative that top brass who still sway influence in the group gains a path to participate in the country’s political process. Those who fell out with the group and had no option but to surround similar to Robow should be exempt.

It is essential that polarizing figures who lost influence in the group are isolated and not allowed in a position of power. Robow returned to power adds Mohamud’s long list of acts of political revenge.

It is tempting to stick it to political opponents while in power, I know it is a temptation, but it is repulsive. It is an act of revenge and presents the exact opposite of what Hassan Sheikh Mohamud promised to parliament during the campaign.

The Author is a Technology Entrepreneur and longtime civic leader. He tweets https://twitter.com/fuguni Follow him for more in-depth analysis.