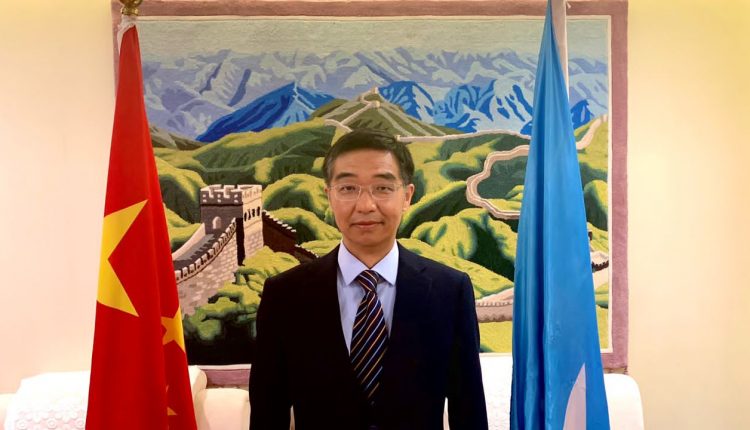 The one-China principle is a basic norm in international relations and the general consensus of the international community. At the core of this one-China principle is that there is but one China in the world, Taiwan is an inalienable part of China’s territory, and the Government of the People’s Republic of China is the sole legal government representing the whole of China. To date, 181 countries around the world, including the US, have established diplomatic relations with China on the basis of the one-China principle. In 1979, the US made a clear commitment in the Sino-US Joint Communiqué on the Establishment of Diplomatic Relations that “the United States of America recognizes the Government of the People’s Republic of China as the sole legal Government of China” and “Within this context, the people of the United States will maintain cultural, commercial and other unofficial relations with the people of Taiwan”.

Both sides of the Taiwan Strait belong to one China, and Taiwan is an inalienable part of China’s territory. Despite the long political standoff between the two sides, China’s national sovereignty and territorial integrity have never been divided. The Taiwan question is purely China’s internal affairs. This is the real status quo across the Taiwan Strait, a status quo that has never changed in history and will not change in future. In response to the major political provocation of such a visit, the Chinese side will take all necessary measures to resolutely uphold China’s sovereignty and territorial integrity. All the consequences arising therefrom must be borne by the US side and “Taiwan independence” separatist forces.

Given more volatility in the current international situation, the US stresses on the importance of respect for sovereignty and territorial integrity on the crisis in Ukraine , but it openly challenges the red line of “one China” on the Taiwan question. The United States had better examine itself whether it applies double standards, whether it truly respects China’s sovereignty and territorial integrity on the Taiwan question, and whether it fully respects the feelings and dignity of the 1.4 billion Chinese people. The Taiwan question is the most important, and most sensitive matter at the very heart of China-US relations. China and the United States are two major countries. The right way for them to deal with each other lies only in mutual respect, peaceful coexistence, no-confrontation and win-win cooperation. The Chinese side solemnly urges the US side to stop playing “the Taiwan card” against China, stop interfering in China’s internal affairs by meddling in Taiwan affairs, stop supporting or conniving at “Taiwan independence” separatist forces in any form, stop talking and walking in different ways on the Taiwan question, and stop obscuring or hollowing out the one-China principle. The US side must honor the one-China principle and the provisions in the three Sino-US joint communiqués with concrete actions, and not go further down the wrong and dangerous path.

The position of the Chinese government and Chinese people on the Taiwan question has been consistent. To resolutely safeguard China’s sovereignty and territorial integrity represents the unbending will of the more than 1.4 billion Chinese people. To realize the complete reunification of the motherland is the common aspiration and resolve of all Chinese. No matter who visits Taiwan, it will not change the international consensus of one-China at all, nor will it change in any way the inevitable historical trend of Taiwan’s return to the motherland. Hegemonic acts of grossly interfering in other countries’ internal affairs would not be popular anywhere, and any attempt to play “the Taiwan card” would be doomed to failure. Those who play with fire could run the risk of getting themselves burnt. I am convinced that China will continue to have the understanding and support from Somalia and other African countries, on the road of safeguarding sovereignty and territorial integrity, rejecting foreign interference and realizing national reunification. No matter how the situation develops, China has every confidence and capability to resolutely defend its sovereignty and territorial integrity, and the Chinese nation will see its great revival.

The writer of this article is Mr Fei Shengchao, the ambassador of the People’s Republic of China to the Federal Republic of Somalia.