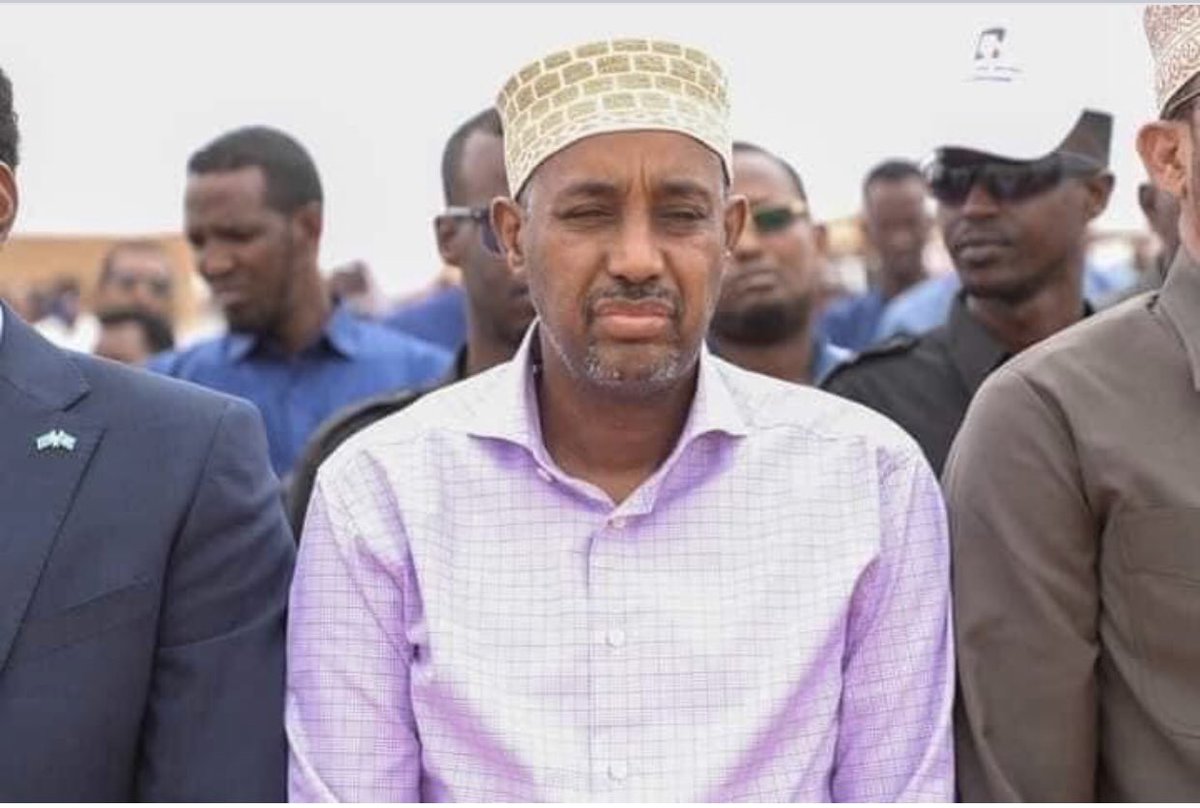 Find out how Roble’s de-facto turncoats caused the country to spiral into a very dangerous black hole.

One such destitute person is the 20th Prime Minister Mohamed Husein Rooble  who unexpectedly came to office after his predecessor, Hassan Ali Khaire was relieved off his duties by the 10th federal parliament of Somalia after a vote of no confidence, in July 2020. Rooble started off as a personable peacemaker and was well received by the public. However, it did not take long for Rooble to transition into what many described as iniquitous.

Although it was President Farmaajo who trusted Roble with the premiership post, it cannot be denied that this was one of the few and the biggest political mishap that Farmaajo and his famed Peace & Prosperity admnistration committed during their reign. To make matters worse, President Farmaajo immediately began to misplace the entire election by handing over the electoral process to this seemingly desperate man. As a result, the ever-credible Federal Election Implementation Team (FEIT) failed in all of its duties to specifically disenfranchise a specific clan, which the former director of the Somali National Intelligence and Security Agency (NISA) Fahad Yasin, culminating in the incredible fraud we witnessed. On the other hand, to oust Farmaajo and his acolytes from the Villa Somalia, Rooble and his co-conspirators had planned to create a mayhem, as they believe crises is the only way to reach their goal. Therefore, to clean the desk before the main events come, Rooble and his henchmen reportedly kidnapped an intelligence agent named Ikran Tahlil to scapegoat her murder and pin it on NISA. Surprisingly Rooble, came up with unprecedented policy, tarnishing the image of the National Intelligence and Security Agency (NISA).

When Fahad Yassin, the former director of intelligence, attempted to come forward with a preface to clear up any misconceptions regarding the case of slain intelligence officer Ikran Tahlil, he was thwarted by the prime minister himself, with the backing and support of foreign nations such as the UAE and Djibouti, who are touted as the architects of this complot. To further make matters worse, Fahad’s own life was endangered in an inconceivable manner when he was stonewalled and detained in Djibouti on his way back to Somalia in what was mainly to shed light on the Ikran Tahlil case to the National Security Council.

Rooble’s pseudo-patriotism was further foiled by Fahad Yasin’s much viewed exclusive interview given to Gaylan Media, underscoring that the killing of Ikran had nothing to do with NISA at the time, pointing out that the murder was carried out in collaboration with government officials such as Rooble himself, Mahad Salad and Abdirahman Al-Adaala, with the assistance of UAE and Djibouti in order to tarnish the reputation of the whole Somali security apparatus.

“He who wishes to be obeyed, must know how to command” was the famous aphorism of the Italian philosopher and observer, Niccolò Machiavelli. Typically, this adage characterizes the exact behavior of Rooble. Within a year, Rooble and his self-centered backers created a narrow system that eliminated the possibility of the existence of a reality different from theirs. One such harrowing actions of Rooble’s has befallen to Professor Abdiwahab Abdisamed —a Horn of Africa affairs analyst and a staunch very critic of the TPLF, who ended up exposing the strategic appointment of General Goobe to Somalia’s Intelligence and Security Agency. Shortly after the expose, Rooble had acted in an extremely erratic manner and has ordered the kidnapping of Professor Abdiwahab in a second sovereign capital. The plan was to silence the professor in broad daylight through hired henchmen for good, with the Kenyan security forces looking the other way.

It was later confirmed that Rooble was all that source of danger. However, it was through Allah’s grace that the professor was saved from the plot of that of a grave nature. Moreover, if you are curious to get the bottom of this incident, get Professor Mohammed Haji Ingiriis who met with Rooble on behalf of Professor Abdiwahab Abdisamed and asked of his complicity if any, in the assassination attempt against Professor Abdiwahab but Roble declined to give an answer satisfactory to Ingiriis. In addition to this, Fahad also revealed into his earlier mentioned recent interview, that he would help Professor Abdiwahab for he has further evidence regarding his arduous abduction.

As all these evidences accumulate, regarding Rooble’s harrowing moves and his naked assassinations (or attempts) during his vicious reign in the office of the Prime Minister, the Somali people have come to acknowledge that money, tribe and personal interest matters more to Rooble than integrity and statehood. To make matters worse, wherever he walked, he left behind ruin and destruction. Sadly, it is disturbing to see the man who committed such ghastly crimes against the Somali public to walk this freely with impunity.

In conclusion, Somalis should call for the indictment of this needy Rooble and his treasonous henchman, uncovering the consecutive crimes and naughty actions they did against both the intellectuals and the innocent people of Somalia, therefore, now, is the right time to indict Roble —the most avaricious leader in the history of Somalia. Bring him to justice!

Seid M. Shukri is a social and political commentator from the Somali Region of Ethiopia. He can be reached at [email protected]