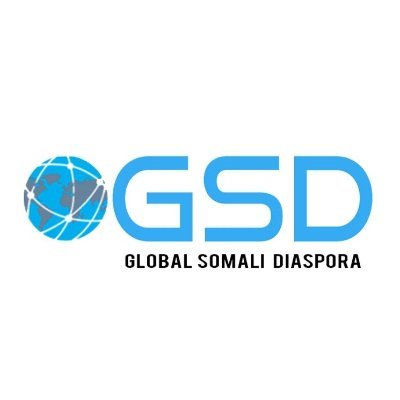 The GLOBAL SOMALI DIASPORA (GSD) will be in Helsinki this year for its annual convention.

The Global Somali Diaspora (GSD) is at it again, convening another conference for its members. Since its inception in 2014, GSD has been holding yearly gatherings, choosing each year a city in Europe with the exception of the 2015 conference held in Kigali, Rwanda. The GSD also was forced to cancel the conferences for a couple of years due to the COVID-19. Hearth regulations and policies put in place to fight the pandemic also disrupted the organization’s plans and operations. This disruption was on a global scale as it impacted every entity and individual in the world. Although almost a decade old, holding yearly gatherings is the obvious “accomplishment” that GSD highlights its platforms and shares with the public. There is no meaningful information in regards to its operations, plans, hierarchical/administrative structures and financial assets available for the public. Some years ago, when I searched this organization, its online platforms listed the names of two people, one was in Australia and the other was in Mogadishu. Today, it is still the same story. Names of two people, one in Minneapolis and the other in London, are given.

In 8 years, organizations grow significantly and achieve a lot in many areas. Financial stability, operational expansion, solid administration structure and a lot more are realized in such a fairly long period of time. We do not see any meaningful achievement by GSD since it came into being 8 years ago. When you visit its website it self describes as a global not-for-profit organization working to bring together and mobilize members of the Somali Diaspora for positive action. GSD advocates and promotes the full integration of Somali Diaspora communities within their host nations while also remaining connected to their cultural heritage. GSD encourages the members of  Somalia’s international community to contribute to their homeland by promoting peacebuilding, reconciliation, reconstruction, and development efforts in Somalia.

Apart from its description you will see no updates, no information about its programs and accomplishments. No plans for the future, no information for public engagement and participation. There is not even a donate icon which is not uncommon in non profit organizations’ websites. Any serious, credible organizaion in the business of helping communities has to reach out and  request donations on a regular basis. GSD is as new and embryonic as it was when it was founded 8 years ago. This is not encouraging and it compels one  to question the seriousness of this organization invoking the Somali name and giving the impression that it is dedicated to serving Somalis around the globe.

Since its  foundation I have been keenly trying to stay current on the work done and progress made by this organization. No much progress in terms of operational  expansion and plans, financial growth, community outreach and so on. I have written a few blogs encouraging GSD to do more engagement and to take its operations closer to communities it represents. I see this approach  to community involvement and ownership vital for any success. This is one of the blogs in which I laid out plans which I thought would contribute to transforming, strengthening and energizing GSD to fulfill its responsibilities. https://wardheernews.com/why-global-somali-diaspora-gsd-cannot-get-off-the-ground/

GSD in its facebook states, “Global Somali Diaspora (GSD) is a non profit organisation that aims to advocate, promote, connect and organise Somali diaspora communities globally.” So far we have not seen any real work or implementation of policies and statements by GSD that has brought about any positive changes in diaspora communities. Having good intentions is not enough, real efforts and hard work make the difference and that is what GSD is lacking. In the absence of passion and commitment, no organization would deliver necessary success or stay relevant. The commitment is just not there.

I will briefly mention 3 organizations that are well known for their advocacy work in fighting a whole spectrum of injustices from racism to police brutality to uneven justice dispensation and so on.Two are mainly concerned with defending and advancing the  rights and wellbeing of minorities in America. Although their focus is on the race-oriented, historically flawed administrative, economic and judicial system of governance in the US, they also share their expertise with others willing to learn from them. The old National Association for Advancement of Colored People (NAACP) is one of them. Founded in 1909, it has fought and won many battles on many fronts. It succeeded in convincing successive US administrations to repeal/modify pieces of legislation in violation to people’s basic rights. Brown V Board of Education is one of its legal successes often cited and celebrated.

Similarly another important organization in the US is Rev Al Sharpton’s National Action Network (NAN). Founded 1991. It has achieved tremendous success in combating social, judiciary and economic injustices deliberately designed to further marginalize minorities. This organization develops programs for varieties of areas but one key area worth mentioning is preparing youth for leadership. They call this program Youth Huddle, which allows youth to engage in meaningful discussions and topics.  Al Sharpton has written a book called RISE UP with the subtitle: Confronting a Country at the Crossroads. If interested, read it and you will know what he does and how he has been able to open 136 chapters across America. The third organization that GSD may need to borrow a leaf from is the World Jewish Congress. Founded 1936, it has offices in 100 countries and is dedicated to defending the Jewish race from all kinds of injustices while it is a voice for Jewish unity and solidarity across the globe. It has achieved many successes  that can be readily accessed online.

It seems to me appropriate and beneficial to mention the successes of these organizations. Their resilience, drive and unwavering commitment to better people’s lives, create hopes and show support for those who thought they were alone and vulnerable are inspirational. They are always on the lookout for people in distress and rescue them immediately. They are people interest-driven entities determined to make the world better place

Circumstances that brought GSD and the three aforementioned organizations might be different but their core objectives are the same. They are all driven by a desire to serve and bring about positive changes in people’s lives. They all want to defend, assist, support and advance minorities who have been killed, lynched, subjugated and debased in a sytemic way for centuries. We do not share those centuries-long experiences but our situation today is akin to theirs. So if GDS sees that there is a need for its services, it needs to double down, speed up and take  concrete steps that will produce the intended results in a timely manner. It is all about action and doing, not talking and conferences. I Hope we will have some achievements to be proud of and celebrated from now on.

Abdi Mohamud is a social commentator with keen interests on community welfare, societal growth and general well-being of the Somali coteries. You can contact him on [email protected]