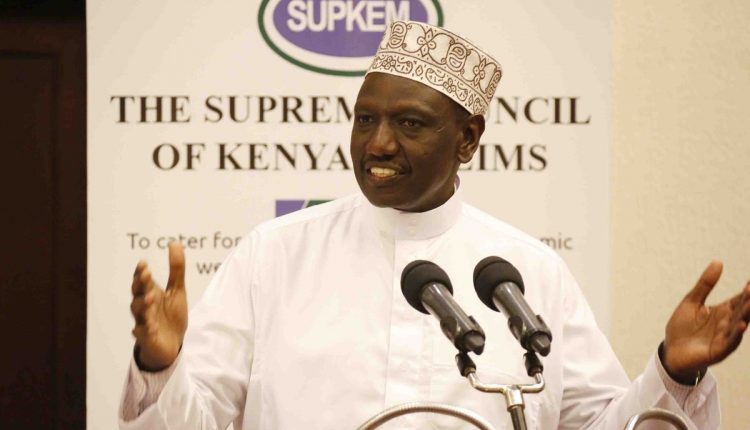 A Fresh Start and An Opportunity For An Integration

Kenya, which is strategically situated in both eastern Africa and the horn of Africa, is seen as a powerhouse in both the horn and East Africa, and to some degree the whole continent of Africa. While many of its neighbors have been mired in one crisis after another, Kenya has remained relatively peaceful, with a robust democracy and respect for the rule of law rarely seen elsewhere on the African continent. However, despite its progress, it is located in the midst of a region plagued by many spiraling out of control crises that may morph into Middle East-Asia-like catastrophe.

As I write this in 2022, the rest of the world is making incredible advancements and aiming to send a man on Mars, but a significant portion of the region remains seized by instability, abject poverty, and economic misery. It may seem like Kenya is doing better than the rest of the countries in the region, the fact is that what happens in one part of the regions affects us all. Therefore, instead of trying to build barriers between us, as we have in the past, or working against each other’s interests, we should concentrate on maximizing our mutual benefits while respecting each other’s sovereignty.

Entry of Ruto, Reform, or Continuation of the Status Quo

The region requires a visionary leader, and Dr. William Samoei Ruto, Kenya’s new President, succeeding Uhuru Kenyatta , can be that leader. Steering the Horn of Africa to prosperity while looking out for Kenya’s interests. Dr. Ruto is a seasoned politician who comprehends the vast complexities of the regions and who has close relationships with many of the leaders in the region. Therefore, I have a great deal of faith that his presidency will resolve the crisis that has spread throughout the region and create a stable region whose inhabitants live peacefully. It is critical to emphasize that Dr. Ruto cannot solve the problem alone; rather, all stakeholders must work honestly pull together to find a solution.

To emphasize the region’s profound problems, Ethiopia is now embroiled in an internal battle between the TPLF military and the democratically elected government. Somalia is attempting to recover after a three-decade civil war, but Al Shabaab, a global terror organization, is battling the new government, and there is a never-ending carnage.

For Eritrea, the international community seems to despise them, and they have been on the sidelines for years. For Djibouti the economic hardship is huge, a 2020 World Bank study, indicated an unemployment rate of 60%.

Despite being neighbors, one element is impeding any potential future collaboration amongst them in the Horn of Africa. Rivalries, this has enveloped the region in the past half-century. Most of the nations in the region had some type of antagonism against each other at one point, with Djibouti and Eritrea fighting a war over a tiny stretch of border, as well as a disastrous war between Ethiopia and Somalia and a similar one between Eritrea and Ethiopia.

It is time to put the situation back to normal and move from the past. Dr. William and other leaders can begin by healing old wounds for the sake of the region’s well-being, and then work with other leaders to erase the animosity.

The rivalry amongst countries in Africa hinders trade, according to a report published on Trade Mark, one of the obstacles to intra-African trade that is caused by rivalry is political barriers, which they characterize as: “Historical factors, ideas of sovereignty, security threats, a trust deficit and the negative mindset of government officials. Broadly speaking, they arise from a lack of political goodwill and determination.”

Leaders in the Horn of Africa need to analyze the tale of the Ethiopian and Eritrean leaders, who ended the state of war between their respective nations. Agreed to re-establish economic and diplomatic contacts, and reunited families separated by the conflict. This effort by President Abiy Ahmed, which ended a 20-year post-war territorial deadlock between Ethiopia and Eritrea, should be replicated in each part of the region in order to eradicate the historical antagonism between East African states.

The primary disruptors in the Horn of Africa are Al Shabaab and The Tigray People’s Liberation Front, TPLF. These organisations are actively trying to destabilize the region and the worst thing is that they are all foreign-sponsored and have no remorse to further their financiers’ agenda even to the detriment of the region’s harmony.

There are also war profiteers in the region. They are individuals who make millions of dollars and stash them in foreign accounts as the rest of the population suffer. Kenya has been home to a misinformation warfare firm that wreaked havoc in countries like Somalia and Eritrea and South Sudan. It is time to kick them out and not allow Kenya to be a ground to launch hybrid warfare in neighboring countries.

Kenya under Dr. Ruto must take a pro-active role and position in defending the Grand Ethiopian Renaissance Dam. This is a unique African project that will change the lives of the people for the better. Controlling floods and electricity to several countries.

Currently, there is an ongoing proxy conflict between Egypt and Ethiopia, with Somalia serving as a staging ground. This must end quickly and be replaced with a long-term solution that ensures both Egypt and Ethiopia profit from the Nile. Dr. Ruto must guarantee that there is no tension in the areas.

Visionary leader in the region

I have been paying careful attention to the region over the course of the last three years and analyzing the many ways in which the region’s position might be strengthened. I had a conversation with Abiy Ahmed, and his novel ideas – which include unrestricted travel around the region. It left an impression on me. I found them to be incredibly impressive.

Mr. Abiy shared with me that he is apprehensive of the power struggle between the east and the west in the Horn of Africa, he said that the region must combat their power struggle inside the region as well as interference in local affairs, and he emphasized that this is a major concern. After having a conversation with Abiy, I am convinced that he is a man of vision who genuinely cares about the people who live in the Horn of Africa. He has their best interests at heart. Mr. Abiy went on to tell me that the TPLF has been a scourge, causing suffering in Ethiopia and the nations that are nearby as well as being the driving force behind the balkanization of Somalia.

I also went to Eritrea in 2022, and while there, I had the opportunity to speak with Isaias Afwerki, a powerful figure who is widely misunderstood but who served as an invaluable teacher to me. After talking with him for four hours, I realized that those hours were more beneficial to me than the previous 10 years that I had spent studying political science. He is a most knowledgeable person on the affairs of the region due to his perspective on the region as a whole as well as his understanding of the many dynamics at play.

It is my suggestion that the newly elected administration work toward establishing closer ties with Eritrea, a nation that has stood up to the bullying of the West.

I underscore that Kenya has much to gain from a stable Horn of Africa region, which is why President-elect Ruto’s attention must give the region priority, without diminishing his focus on the East Africa community block. This will enable his government to take advantage of the opportunities presented by both economic blocs.

Dr. Ruto is a visionary leader ,and Kenya is an economic powerhouse. Kenya is a crucial peace and economic partner on the continent and in the region, and it should drive the push to stabilize and expand a trading relationship.

Kenya would gain immediate access to a larger market for its goods,. The countries of the Greater Horn of Africa have a collective population of more than 233 million. In the event that the Horn of Africa forms an economic bloc, and the challenges are confronted by all the opportunity from cooperation is huge.

Currently, Kenya’s trade imbalance is insanely high, with Sh1.21 trillion in 2019 and Sh1.001 trillion in 2020, according to the Kenya National Bureau of Statistics (KNBS).

Economic integration benefits other nations in the region as well, with Kenya having by far the largest economy of close to $2 trillion. It also has a highly skilled workforce, as well as one of the best infrastructures in the region. Furthermore, the country is reasonably stable, serves as an economic hub, and serves as an African gateway, making this partnership a win-win for everyone.

The Horn of Africa covers an estimated two million square kilometers. It is important to note that Ethiopia, which has the largest population, is a landlocked country. The entry of Safaricom PLC, Kenya’s largest telecommunications company and one of the most profitable companies in both the East, Central and Sub Saharan areas shows a broadening and embracing of this market.

One approach for President-elect William Ruto to wield soft power in the Horn of Africa is to organize a regional economic conference. In his manifesto, “The Plan”, Mr. Ruto campaigned on a platform of economic reform. Part of it involved breaking into new and regional markets that had previously been unexplored by his predecessors. To promote free commerce between Kenya and the rest of the region,

Dr. Ruto’s government should review the matter of transport infrastructure and passports in order to facilitate free movement of citizens amongst member states. This will greatly benefit tourism, trade and sporting and cultural interactions. In order for this to be accomplished, a mechanism such as digitalization of the procedure, as well as firm adherence to the law by border police, must be in place.

There should be no harassment based on looks or religion, but a thorough police background check to guarantee persons traveling do not represent any harm to the destination. And corrupt border police who enable smuggling of contraband goods, drugs and individuals, should be arrested or fined heavily.

By fostering regional integration, Mr. Ruto may promote the formation of an economic bloc in the Horn of Africa to facilitate the flow of commodities and services for the mutual benefit of partner states. Kenya’s telecommunications giant, Safaricom PLC’s entry into the Ethiopian market is a perfect illustration of what regional integration can achieve. The open borders have allowed Safaricom to venture into a new and open market previously untapped. One can only imagine what the Horn of Africa nations can achieve through integration.

Dr. Ruto’s plans for the Horn of Africa, particularly its integration, would guarantee that the region’s economic resources are adequately utilized and not exploited by China and the west which creates huge unfair balance of trade that does favor the foreigners. If he succeeds in uniting the member nations of the Horn of Africa, it will be recognized in the annals of history.

Dr Abdiwahab Sheikh Abdisamad, a Kenyan citizen, is the Executive Director of the Institute for Horn of Africa Strategic Studies and a specialist in Conflict Resolution, Political science, Conflict Management, Rural Development Planning and Education. You can find him on twitter https://twitter.com/abdiwahabsheik7