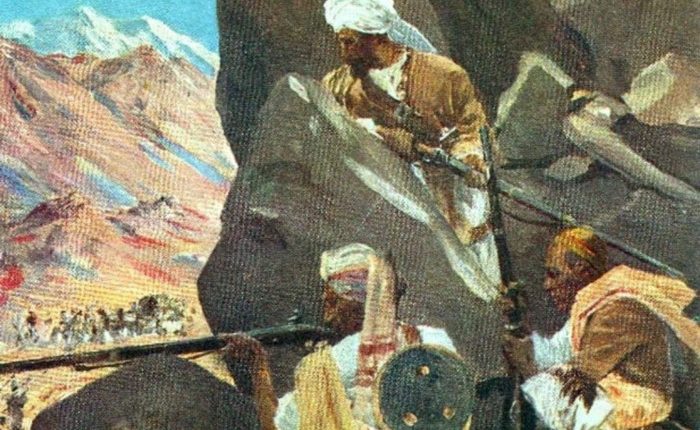 Mohammed Abdullah Hassan nicknamed the ‘’Mad Mullah’’ by colonial Britain is a very important person to fellow Somalis around the world, he was the only one who actively fought against the British, Italians, and Ethiopian forces in all of Somali territories. Mohammed Abdullah Hassan is also seen to be the pioneer of Somali Nationalism by uniting Somalis against oppression, exploitation and colonialism from superpowers of the day of his time namely Britain and to some extent Italy.

The history between Britain and Somalia

The British interest in Somalia began after 1839 when the British began to use Aden which is on the south coast of Arabia (today known as Yemen) as a coaling station for their steam ships on route to India, It also served as a substation to resupply their armies in the British Raj. The British colonial navy thought that the most accessible local source of replenishments was at the Somali Coast.

For this reason, they desired to annex part of coastal Somalia under a protectorate which later faced competition from the French and Italians, this tension moved Britain and Somalia to the Anglo-Somalia war which surprisingly Churchill was involved in. Toward this end, the British did not succeed as they have done so in many parts of the colonized world. It was here and then that they got to meet and hear about the man who is known to history as Mohammed Abdullah Hassan who defeated their imperialist forces time and again!

The Movement led by Mohammed Abdullah Hassan was an anti-colonial struggle as the British began to intervene he resisted their colonial rule as mentioned in Somali Poems and Speeches about this revolutionary figure it is emphasized that the British came to Somalia to destroy Islam and make the children of Somalia into their own.

To sum up, the Anglo-Somali War which took place from 1900–1920 included a series of military expeditions led by British Imperialist and Colonial forces. To fellow Somalis, the Anglo-Somali war can be recollected as one glorious defeat in the 20th Century by an influential figure of our own with the honorific title Sayyid, Mohammed Abdullah Hassan.

Mohammed Abdullah Hassan was the notable leader of the Somali Dervish Movement that fought Britain, Italy and Ethiopia for 20 years. The British responded to the Dervish Movement by sending expeditionary forces against the dervishes, training and arming local clans to fight aginst him and his forces, whereas the Italian forces were much more cautious about the movement and always wanted to avoid altercations with the dervishes.

‘’I wish that I were mistaken, but I fear that the expedition will end in a fiasco; the Mad Mullah will become a myth for the British, who will never come across him, and a serious worry for [the Italian Administration] and our sphere of influence”

This will later lead the Italians to sign a treaty with Mohammed Abdullah Hassan which the British also agreed.

The Depiction of the Dervish State

‘’The Mullah’s organization had all the trappings of theocratic , or even matrial state.’’

This suggests Hassan’s brand of Islamic teachings was one part of the ideological glue that held the Dervish state together but this was something new in Somali society. During this period Islam was the most influential belief to Somali Nomads which gives a sense of how people were so connected to Islam.

The Legacy of Mohammed Abdullah Hassan

Mohammed Abdullah Hassan is depicted to be a horrible person by the British and Italians even the Ethiopians and is known by the monicker ‘’Mad Mullah.’’ The History and Legacy of Mohammed Abdullah Hassan grows stronger as he is remembered as the Darwish King to fellow Somalis and the liberator, leader & brains behind the Darawiish Revolution that fought against colonialism, exploitation and indignation!

In the wider history of the Horn of Africa, Africa and Muslim world on the other hand, he’s also remembered to be one of the most successful Muslim anti-colonial resistance leaders.

Here is one of the last poems written by Mohammed Abdullah Hassan which relates to his own anti-colonial struggle in Somalia.

‘I have rejected the abundant wealth the colonizers were willing to offer me. Abandoning my religion for the colonizer’s wealth is just accepting to be placed in hell which I will not do. Only dreadful result is inherited from collaborating with the colonizers.’

You can feature your writings on The Daily Jubba, if you meet the submission requirements on https://bit.ly/3SlMYfz by sending an email to [email protected]