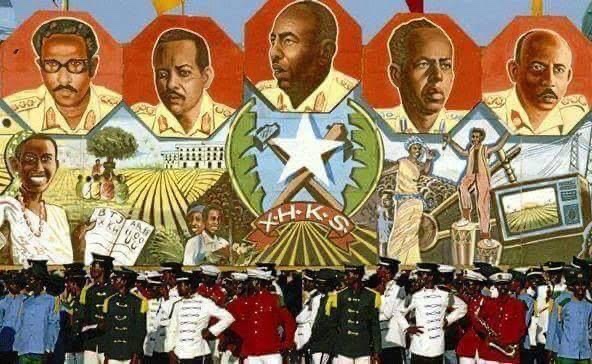 On October 21st, 1969, Somalia experienced an incident that would change the course of its history forever. Following years of widespread corruption, nepotism, and electoral fraud, the Somali National Army led by Major General Mohamed Siad Barre overthrew the civilian government and seized power in a nearly bloodless coup d’etat.

One week before the coup, President Abdirashid Ali Sharmarke was murdered by one of his own bodyguards in a visit to the town of Las Anod. This power vacuum needed to be filled and many people were advocating for the military to step in. As a result, on October 21, 1969, in the early morning hours, troops of the Somali National Armed Forces, supported by tanks and under the direction of various Supreme Revolutionary Council members, sealed off a number of key locations in Mogadishu, including the parliament building, the information ministry, Radio Mogadishu, the police headquarters, and the home of Prime Minister Egal. After being taken over by military troops, Radio Mogadishu started playing martial music to express the goals of the coup leaders. One such song was “Either doomsday death or victory of life,” which included visuals of lions and horses among other wild animals. In his first radio address following the coup, Barre denounced the “corruption” of the previous administration and criticized the marginalization of the educated. The constitution was suspended, parliament was dissolved, and Somalia was declared to be a socialist state. Barre vowed to bring equality back to the Somali nation and ushered in what many refer to as “Somalia’s Golden Age”.

Many public works initiatives were started throughout the first five years to help Somalia escape poverty. The government of Barre established a number of cooperative farms and large-scale manufacturing facilities, including mills, sugar cane processing plants in Jowhar and Afgooye, as well as a meat processing plant in Kismayo. Another government-initiated project was the Shalanbood Sanddune Stoppage. Beginning in 1971, Barre’s administration launched a large statewide tree-planting operation to stop the development of wind-driven sand dunes that were threatening to overrun towns, roads, and farms. A total of 265 hectares of the anticipated 336 hectares had been handled by 1988, with the establishment of 36 forestry planting sites and 39 range reserve areas.

At the beginning of Siad Barre’s reign, Somalia’s literacy was estimated to be about only 5% and the language did not have a script. People write in either English, Arabic, or Italian and Barre sought to change this in order to Somalize the nation. The Supreme Revolutionary Council made an effort to settle the unresolved problem of which of the several writing systems Somalia was using at the time should be recognized as the primary national orthography. Instead of using the Arabic or Osmanya scripts to write Somali, the administration unilaterally decided to use the modified Latin alphabet developed by linguist Shire Jama Ahmed. To assure the orthography’s adoption, it then conducted a sizable urban and rural literacy campaign, which significantly boosted the literacy rate. This campaign was famously known as “Bar ama Baro”, which means teach or learn. Those who know should teach people how to write, and those who do not know must learn how to write. Within a few years, Somalia’s literacy rate shot in the air and nearly 80% of the Somali population was literate. This has been defined as Siad Barre’s greatest achievement and his lasting legacy. The Bar ama Baro campaign was viewed by the United Nations as one of the most successful mass urban literacy campaigns ever recorded in history.

In the effort to weaken the unity of the tribal groups and clan based system, the SRC adopted its strongest political stance. Tribalism was criticized as the biggest obstacle to preserving national unity. Siad Barre criticized tribalism as a “disease” that hindered progress not only in Somalia but also in the Third World as a whole. For a broad range of prohibited behaviors deemed to be tribalism, the authorities imposed prison sentences and fines. Traditional headmen were replaced with trustworthy local authorities known as “peacekeepers” (nabad doon), who were chosen by Mogadishu to promote government interests and to whom the democratic government had paid a salary. Following a horrific drought known as Abaarta Dabadheer, President Barre airlifted and relocated 140,000 drought stricken nomadic pastoralists in farming villages and seaside cities, where the former herders were encouraged to practice agriculture and fishing, in order to enhance productivity and control over the nomads. In addition to giving them new lives and saving them from the drought, this also weakened clan cohesiveness by scattering the nomads and destroying their ties with the land that certain clans claimed collective claim to. The main goal of the SRC was to destroy tribalism and clannism that plagued Somalis for centuries.

President Barre was a staunch nationalist who put both his nation, and Africa first. He was one of the fiercest Pan Africanists in the nation and proved so by aiding multiple revolutionary groups across Africa. Somalia under the rule of Barre helped Angola, Eritrea, Mozambique, Cape Verde, and Djibouti gain independence from colonialists. Another colonialist bordered Somalia and Barre sought to bring back Somalia’s lands from them. The Horn of Africa’s regions where ethnic Somalis live and have historically made up the majority of the population are referred to as Greater Somalia (Soomaaliweyn), which is a concept that Barre championed. Greater Somalia includes the Horn of Africa nations of Somalia, Djibouti, the Ogaden region of Ethiopia, and the formerly known North Eastern Province of Kenya. In these areas, Somalis make up 100% of the population. The Barre government attempted to merge the numerous Somali-populated territories of the area into a Greater Somalia, starting with the Ogaden, which led to the outbreak of the Ogaden War in July 1977.

Initially successful in taking the majority of the Ogaden region, the Somali National Army attacked Ethiopia, which was then being ruled by the Derg, a communist regime supported by the Soviet Union. Barre knew that attacking Ethiopia would lead to his biggest ally at the time, the Soviet Union, breaking off ties but he went forth with it anyways. For Barre, liberating your lands from the grips of imperialism was more important than a few dollars from a foreign nation. With the Soviet Union switching its allegiance to Ethiopia and nearly the whole communist world standing against Somalia, the invasion came to a quick halt. The Soviet Union stopped supplying Barre’s administration and provided aid, weaponry, and training to Ethiopia’s government. They also sent in roughly 22,000 Cuban troops to help the Ethiopian government. The Somali soldiers were eventually driven out of the Ogaden in 1978.

President Barre was objectively one of Somalia’s greatest leaders of the past century and was praised by many of his colleagues. As a testament to his ability and leadership, many roads around East Africa are named after him. Within just a few years, President Barre transformed Somalia from a poor tiny backwater nation, to an African giant in control of its own economy, resources, and military. His twenty one year reign came to an end in January of 1991 when foreign backed clan militias toppled him and plunged the country into thirty years of darkness. Three decades have passed since then and Somalia is now a failed state with nothing to show for. Many actors involved in the coup regret overthrowing Barre seeing the state Somalia is in today. Somalia has never seen a leader like him and will most likely not see one again.

The Women’s Rights Movement in Somalia