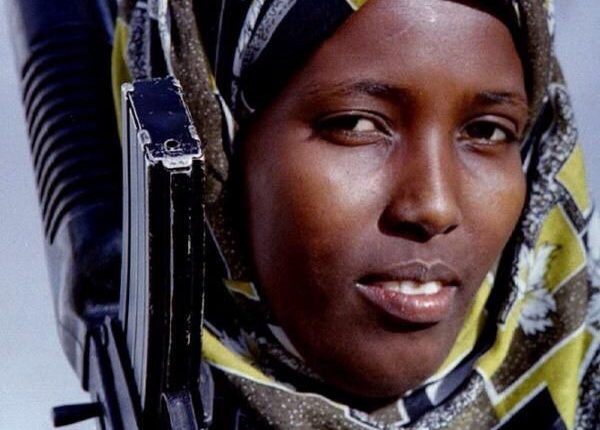 The power of documenting and showcasing the conflicts that have been happening in Horn Africa is captivating to me and when looking through photos I feel a sense of empathy and closure.

Dan Eldon was a photojournalist who covered the 1992–1993 famine in Somalia he was determined to cover the horror and tragedy that was going on down there. Being a photojournalist so young and unpublished, self-taught for Dan was a huge jump to get down in the action and document the consequences of imperialism on the Somali people.

‘’To explore the unknown and the familiar, distant and near and to record in detail with the eyes of a child, any beauty, (of the flesh or otherwise) horror, irony, traces of utopia or Hell.’’ — Dan Eldon

A French photojournalist took this photograph to show the expression of anger towards the US forces who were deployed in Mogadishu to simply ‘’help’’.

This photo is especially moving because it shows the power of anger and distress that the people are feeling and you get a first-hand account by looking at the picture of how the environment was like in Somalia.

Photographs have the capacity to transcend politics, in times of war and natural disasters and perpetrated crimes.

Mogadishu Port known to be the largest harbour in the country which was controlled by Italians in early 19th Century.

This photo explores hope and despair as you can clearly see the bullet ridden walls of the port which evoke the theme of despair and damage.

On the other hand hope as a young somali boy watches over the port and he feels at peace watching the waves wash over the cracks of despair and pain that he had to endure from the collapse of the Siad Barre-led government.

This particular period in Somalia was growing with tension and all sorts of people took up arms against US and UN intervention in Somalia during this period.

This image shows the passion of protest against foreign troops deploying in Somalia and how people felt towards the split of North and South Mogadishu.

Me against my brother.

The hierarchy of priorities,

as ordered by a Somali proverb

Very powerful photo which emplifies the drive that young somali boys had to fight against the colonizers and imperialists who were storming in.

This photo was taken in the Cathedral in Mogadishu which was built by the Italians now in ruins a young somali boy armed with a gun who has a cigarette in his mouth shows the power of determination.

The photographs that have been taken in Somalia from period 1992–1993 spark interest to me as it shows the effects and the collapse of the central government led by Major General Mohamed Siad Barre and the repercussions that people had to face but also the self determination that people had to defend Somalia from all sorts of tension.