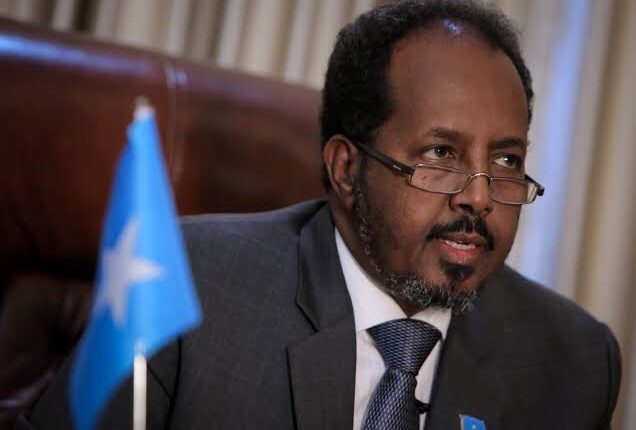 It is apparent to me 1991 Somalia is being relitigated.

Whether this leads to a resumption of active conflict, I cannot say, but rationally, logically, and contextually the trajectory of Hassan Sh Mohamud’s current administration is one that is leading Somalia back to 1991, i.e “1991 Somalia II.”

I do not say this lightly.

If there are Somalis who find this alarmist or fantastical, just as the same there were Western Europeans drinking champagne and dancing lavishly between WW I and WW II.

Humans have an exceptionally impressive response system to fears of trauma, including even willful and intentional banishment of real and predictable vulnerabilities to it.

WW I did not have a conclusion. It had a “compelled” settlement.

1991 Somalia did not have a conclusion. It has a continuing “compelled” settlement.

Currently, even, the most measurably strongest feature sustaining the “compelled” settlement is international intervention vis-a-vis “containment” of the 3 horors of Somalia;

2.) Humanitarian catastrophes and the effect on displacement particularly external, although internal is still a motivating objective.

3.) National unity, control of all the air,land and sea– the waning piracy saga and the effect on international mercantile trade routes in the Red Sea and the Indian Ocean

The greatest single expression of this feature concerning the international community’s disproportionate impact for the existing “compelled” settlement is, quite visibly, the presence of “African Union Mission In Somalia” (AMISOM) troops.

So Somalis have not even necessarily, internally, caused a natural “settlement” to 1991.

And now we have Hassan Sheikh Mohamud’s present government.

Since the development of the present “governmental” system, including especially since the “post-transition,” Hassan Sheikh Mohamud’s administration shows an observable and identifiable “deviation” from the basic motivation or spirit of reconciliation, of unity, of even basic “good faith.”

His pointed delegitimization of national “state” security forces (national unity army), his engineering of a “casus belli” to arm tribal militias coincidentally all of whom are of a singular tribal origin, his systemic and institutional attack on the agreed power sharing formula which is the basic legitimacy underpinning the continuance of the present “Mbagathi Government” (named after Kenya location where present system was agreed to), his public display of clan “factionalism” both internally and in external visits, his political appointments of publicly extreme fringe and clannishly divisive characters and to highly sensitive institutions requiring exceptional degree of public trust and confidence like National Intelligence and Security Agency (NISA), his abuse of the methods, form, and spirit of separation of powers and good governance necessitating an independent cabinet, his constitutional infringements on the basic authority proscribed for a Prime Minister as head of government, and finally, although not the last, his clear, unambiguous targeting of regions and clans in Somalia, most exceptionally the people of Gedo Region as it relates to their unique case against Jubaland Federal State and SouthWest Federal Member State.

This is mensurably detectable and contextually unmistakable.

Hassan Sheikh Mohamud is at war with the peoples of Gedo and SouthWest State and it is glaring obvious in his partisan policy.

It may not be early 90’s repulsive images of clan factions shooting at each other on repurposed truck “technicals” –yet, perhaps, but even so, he is at war with these peoples.

There are several things I would encourage needs to be observed henceforth;

> An active and explicit accounting of the powersharing that has been in place as the basic legitimacy of the present system. Even a strict accounting given the troubling disdain already displayed so far.

> A closer and detailed tracking of “national discourse.” In particular, paying attention to a fringe dispute between “Gedo” and “Southwest State” being engineered. I need not remind anyone 1991 Somalia was “SNF” in (Gedo) vs “USC” (Mogadishu ) + “SDM” (Southwest State). Relitigation of that era requires anyone at war with “Gedo” intending to cobble together the same alliances. For an observation of this I would point out the popular Southwest broadcaster on YouTube with the handle Shanta Soomaaliya.

>Note his recent direct incitements and also pay attention how the overwhelming responders (from Southwest) are both perplexed and horrified at this “creation” of active community conflict between Gedo & Southwest. It is not improbable Hassan Sh’s State Minister of the Interior, Ilyas Ali Hassan, who with his recent “people of Buur Hakaba pick up your guns” comment may clearly be an influence and possibly can lead in a redrafting of “SDM” in a relitigation of this nature of 1991 Somalia. This being done, once again, at the expense of the remarkable and inspiring level of reconciliation and warm ties that had been achieved between the communuties in both Southwest and Gedo as shown by the responses to this conflict engineering mentioned above.

>Pay attention to the rhetoric surrounding “population” statistics and weaponizing of the controversial issues in Somalia concerning land, settlement, and even citizenship. For this, also, I would encourage an explicit and meticulous monitoring of the man imposed by Hassan Sh to the Ministry of the Interior (“Fiqi”) in his recent and unassuming quiet statement about a “Somalia census.” Fiqi—of all people. The fact he is even the “Minister of Interior” named by Hassan Sh is nefarious—let alone someone above conflict of interest requiring confidence of the whole public in a highly controversial thing like population statistics (fyi: there has never been a census in Somalia; main issues are reason many including extremely large “nomadic” or “pastoralist” element).

>Pay attention to the rhetoric and policies exhibited by Hassan Sh concerning Jubbaland State of which Gedo Region is part and recent discourse surrounding relitigation of the settled boundaries of Jubbaland.

Between World War I and World War II, Western Europe danced, wined, and frolicked under the impression WWI concluded and Germany was stabilized under the Weimar “constitutional federal Republic” while the National Socialists were taking power and authority and the “Brown Shirts” were replacing the “police.”

The point here is not the comparisons.

The point is Hassan Sheikh Mohamud since he came to power earlier this year has ‘broken the dam” concerning what is visibly and unmistakeably a sign he is on the “warpath,” at least politically thus far, against specific and indentifiable communities in Somalia.